Kareena walked the ramp for Rohit Bal for the first time. She was dressed in a royal blue ethnic lehenga with gold and red embroidery and a completely royal look.

Bollywood’s flavour of the month, Kareena Kapoor Khan, dazzled on the ramp at Lakme Fashion Week Summer Resort 2016 grand finale show held on the weekend at St Xavier’s College in south Mumbai. The Ki and Ka actress was the showstopper for one of India’s most famous designers, Rohit Bal, at the LFW 2016 grand finale on April 3 at Mumbai’s most famous college that has iconic historic architecture. (ALSO READ: Ki and Ka: 7 reasons the Kareena Kapoor & Arjun Kapoor film is a dream for the married working woman!)Also Read - Kareena Kapoor Gets Love From Sister Karisma Kapoor On Friendship Day With This Cute Throwback Picture

As expected, Rohit Bal’s collection was traditional, and royal. Kareena Kapoor, who has earlier been showstopper for designers like Manish Malhotra and Gaurav Gupta at LFW, was chosen by Delhi’s famous Rohit Bal this time. And how she brought the ramp to life at the LFW 2016 Summer Resort grand finale show! Is she Rohit Bal’s muse now? Also Read - Kareena Kapoor Khan Shares Glimpse of Her Intense Morning Workout And It Will Motivate You To Stay Fit 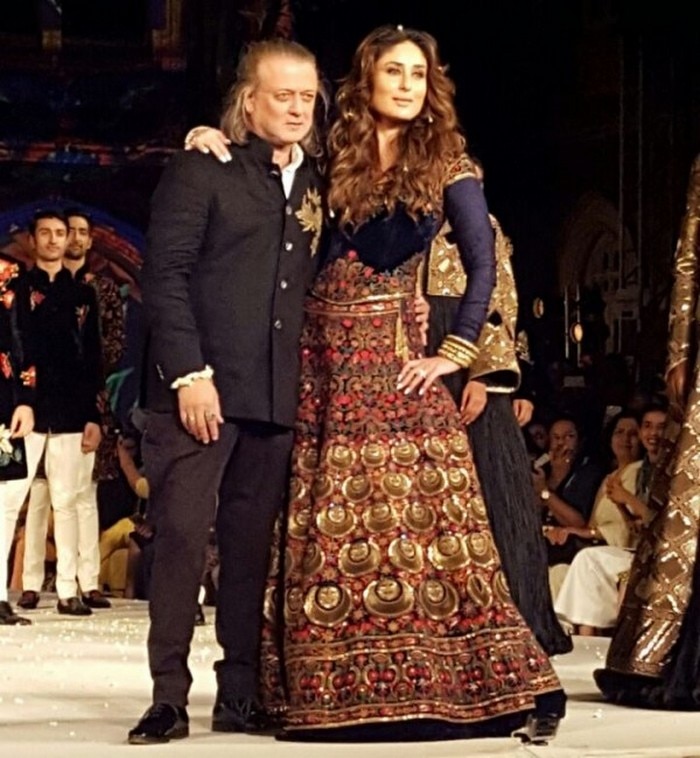 Kareena was dressed in a royal blue ethnic lehenga with gold and red embroidery and a completely royal look. The dress had the ‘chand’ or moon motif all over that added to the drama. It was from Bal’s collection titled Koroshini, meaning illuminate. Kareena said at the post show press conference at LFW 2016, “I loved the chand motif on the lehenga. It is something special.”

Kareena loved the outfit so much that she would love to “keep this for coming 50 years for my family”. On collaborating for the first time with Rohit Bal for LFW, Kareena said, “I love Rohit’s clothes…they show his personality. He puts his heart into it.” (ALSO SEE: Lakme Fashion Week 2016 Day 1: Kareena Kapoor, Arjun Kapoor, Jacqueline Fernandes, Manish Malhotra)

On showing at the prestigious educational institute, Kareena said, “It’s been a wonderful experience. For the first time Lakme has done a fashion show of this level at such a great monument like St Xavier’s. It’s been great…It was the best finale!”

Rohit Bal returned to Lakme Fashion Week after a few years, as Delhi’s Wills India Fashion Week is where many of India’s greatest designers preferred to showcase their collections. Bal said about his latest muse, “Kareena is a vision…a goddess. It’s not just about how she looks. It’s about the person she is – understanding, sharp and intelligent. Despite being so young, she understands fashion, inner beauty, spirituality….” Did you like Kareena Kapoor Khan at LFW Summer Resort 2016?