"Lakshmi" is not a film for the weak hearted and the squeamish as it deals with the harsh realities of human trafficking and child prostitution. 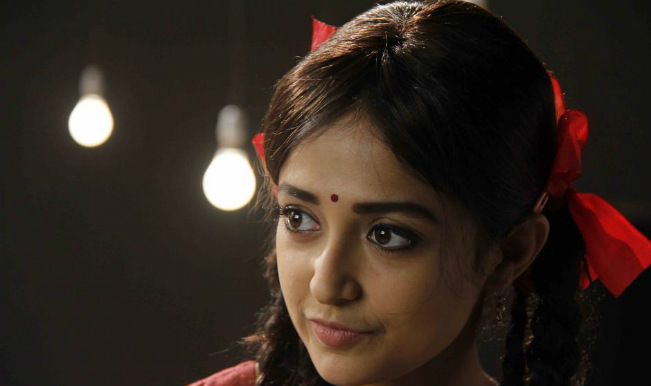 Brothels are not pleasure dens. As we watch in horrified disbelief, Nagesh Kukunoor’s 14-year-old protagonist being bruised, violated and battered by men of all shapes and sizes, what emerges is a deep-rooted societal bias where the girl child is often treated as a liability.Also Read - Marakkar Twitter Review: Fans Call This Mohanlal Biggie 'Another Baahubali'

The picture that emerges in this deeply disturbing film is that of absolutely insensitive brutality towards the weak and the poor. Also Read - Chhorii Movie Review: Nushrratt Bharuccha Delivers Her Career-Best Performance in a Honor-rific Film

This ain’t no sanitized brothel seen in our beautifully laid-our courtesan’s courtyard in highly romanticised portrayals of the ‘Fallen Woman’ in films like “Pakeezah” and “Amar Prem”. Even Sudhir Mishra’s “Chameli” seems like a visit to the beauty parlour compared with the bestial brutality of brothels shown in “Lakshmi”. Also Read - Bunty Aur Babli 2 Movie Review: Thank God For Rani Mukerji Nahi Toh Thagg Liye Jate!

You can almost smell the stench of stale sweat and semen in this stifling world of sexual deprivation. A standing ovation for the film’s cinematographer Chirantan Das and editor Sanjib Dutta for making Kukunoor’s murky world look so real.

This is no place for an innocent 14-year-old girl. But then have we as the collective conscience keepers of the nation been able to foster a society where children, girls and women can feel safe? Lakshmi’s exploitation begins early….too early. Sold off by her own father to a female corporator, Lakshmi soon finds herself in the clutches of a vicious sleazy pimp, played with stupefying gusto by Kukunoor.

The tightly-wound narrative’s ingrained energy-level, owing a lot of its momentum to the dynamics of the exploiter and the exploited as shared bond between Monali Thakur’s Lakshmi and Kukunoor’s Chinna, propels the plot to a point of no return. The archetypal victim and the exploiter, Monali and Nagesh bring to the story a kind of compelling doom that dares you to flinch away in disgust and disbelief.

Lakshmi affords us no relief of escape or escapism. The brutality in the brothel is relentless. The 14-year heroine (a true hero in every sense) is ravaged repeatedly, sometimes by six-seven men within hours.

Shefali Shah is brilliantly ambivalent in her thankless role of the brothel’s madam Jyoti. Kukunoor takes us through the ‘badnaam gallis’ of Hyderabad in search of reasons why we treat economically weaker sections of the female sex as playthings.

Till mid-point there is no respite from the relentless assault on the protagonist’s body and soul….Suddenly the narrative does a volte-face and we are face-to-face with an unexpected saga of vindication. Suddenly it’s payback time for Lakshmi’s tormentors as a kindly social worker and an out-of-work lawyer (Ram Kapoor, playing what we’ve seen Sunny Deol play in ‘Damini’) come together to get justice for the ravaged girl.

And you wonder if such good Samaritans really exist anywhere outside the movies. If they did, would the horrific saga of Lakshmi’s brutal exploitation ever happen?

Still, the passage into compassion is excusable, even welcome. You want the better side of life to show up in Lakshmi’s life. When it does, the girl embraces the spot of sunshine with heartbreaking gratitude.

There is this shared moment at the end between Laskhmi and her lawyer where she struggles to hide her tears with makeup as the media waits outside for her triumph over her tormentors. It’s a moment in the narrative that confronts the complexities of exploited gender with unexpected tenderness.

Yes, there is hope for the wretched and the exploited.

“Lakshmi” is a powerfully told inspirational tale that doesn’t brush the brutal reality of sexual exploitation under the rug. It pulls out uncomfortable home truths. There are portions of the narrative in the brothel involving Kukunoor and Shefali as the pimp and the madame that get unbearably violent and gruesome. Both come up with superlative fearless performances.

Satish Kaushik as a nauseating paedophile makes your skin crawl. He is that convincing.

But the film belongs to singer-turned-actress Monali Thakur. As the child forced into premature womanhood, Monali’s portrait of ravaged innocence will haunt you forever.

The folk songs in the background about treating the girl child with tender care mock Monali’s numbing pain and grief as she repeatedly tries to wash off the sticky blood of lust from her wounded private parts. It’s the most soul-baring performance I’ve seen since Seema Biswas in Shekhar Kapoor’s “Bandit Queen”.

“Lakshmi” is not a film for the weak hearted and the squeamish. Isn’t the same true of life too?