Ahan Shetty is enjoying the success of his debut film, 'Tadap,' which was released lately. Tania Shroff, Ahan's girlfriend, shared a slew of cute photos and behind-the-scenes snaps from the set of the movie.

Mumbai: Suniel Shetty‘s son Ahan Shetty is enjoying his big break with girlfriend Tania Shroff while his film ‘Tadap‘ is doing well at the box office. Tania expressed gratitude to him with a sweet Instagram post. She also released a slew of behind-the-scenes photos from their Tadap session. She was snuggled on his lap in one of them.Also Read - IND vs SA, 2nd ODI: With Series On The Line, India Hope to Put up Better Batting Show

Tania included a statement of love and admiration for Ahan with the photos. She wrote, “No one will know how much dedication and effort you have put in but I’ve been lucky enough to have a front row seat. You have exceeded all expectations and still remained true to yourself. The passion you put into your work is inspiring but what’s more impressive is the way you continue to support and protect the people you love. I love you till the very end, here to take on every obstacle with you. Never change (sic).” Also Read - No Rohit Sharma, KL Rahul; ICC Names ODI Team of The Year

Suniel Shetty dropped heart emojis on the couple’s photos, and we’re loving it! Not only his father but sister Athiya Shetty and her beau KL Rahul also reacted with heart emojis. 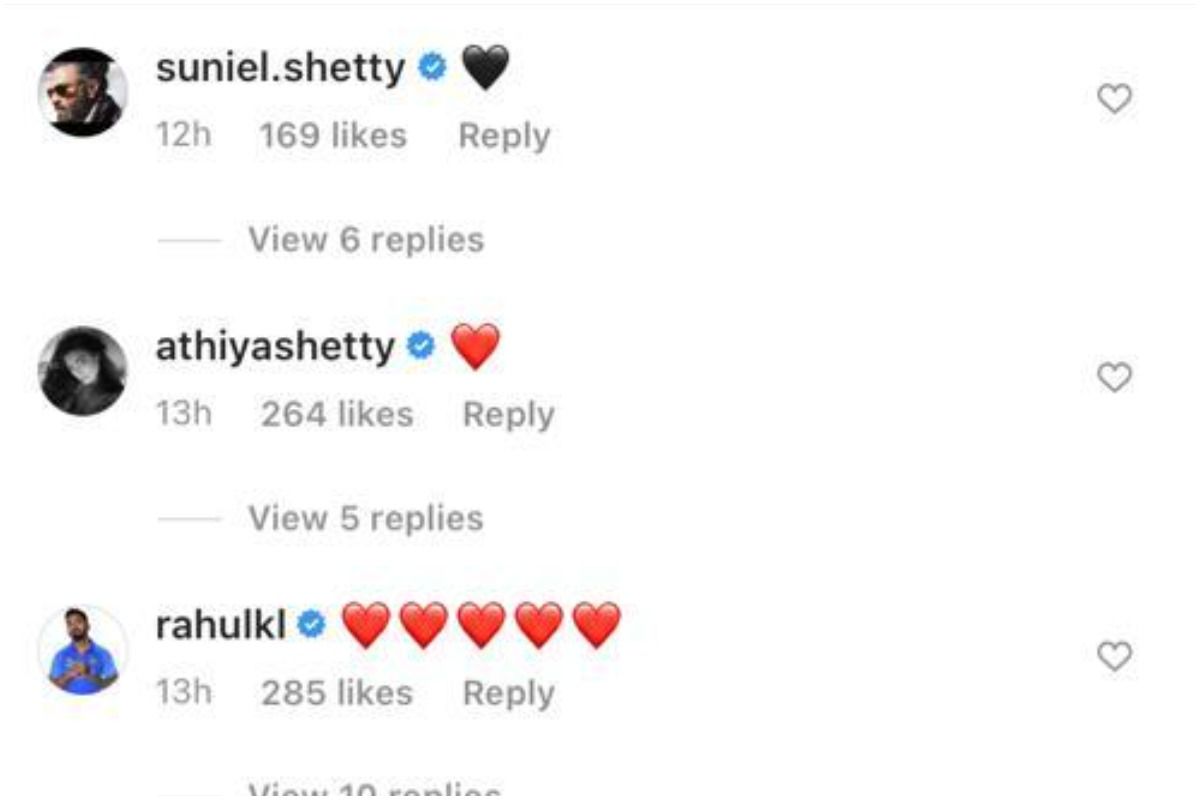 The actor further shared his girlfriend’s post on his story after he replied on the post, “I love you.” Tania is frequently spotted joining Ahan at Bollywood parties and events, despite the fact that they have not publicly confirmed their relationship. Aren’t the two giving us major couple goals?

While on the work front, Ahan’s film ‘Tadap’ has been doing well at the box office. His character appears to be more raw and forceful, whilst Tara Sutaria’s role appears to be more kind and serene. It tells the narrative of a man madly in love who becomes vengeful after being abandoned.