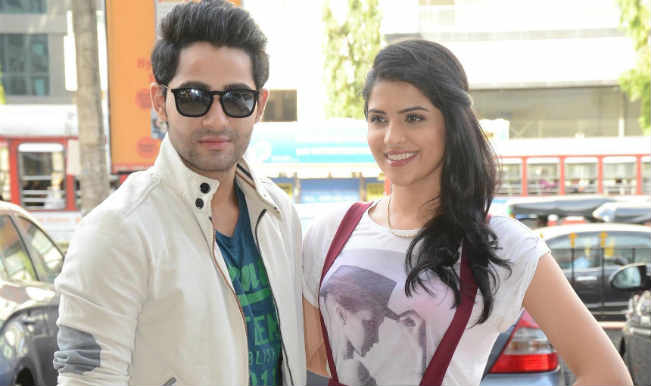 Promotions have always been an important marketing strategy for a Bollywood film to be appreciated and known to the public. Newbies Armaan Jain and Deeksha Seth have been on a promotional spree since a while now. B’ town’s new entrants, Armaan and Deesksha were recently spotted at the Pink City, Japiur’s Ramada Hotel promoting their upcoming movie, ‘Lekar Hum Deewana Dil’. Also Read - 11 Students in Rajasthan’s Jaipur Test Positive For COVID, School Shut Till Further Orders

Throughout the event, though Armaan kept on interacting with the media, Deeksha had this vague look on her face and looked completely lost. Not only that, we found Deeksha’s dressing style pretty unimpressive. She clearly has some weird sense of dressing style. We would definitely like to recommend her to take some style tips from Armaan’s cousins Karisma and Kareena Kapoor– the style divas of Bollywood. Also Read - Aamir Khan and Kareena Kapoor's Laal Singh Chaddha Release Date: Movie To His Theatres On Baisakhi 2022

The duo also made an appearance on a radio show wherein they spoke about how they worked towards molding themselves into their respective characters in the film. Their visit to the Jal Mahal Palace of Jaipur was a fun- filled experience too, where Armaan was seen taking selfies.