Lonely birthday for Hrithik Roshan, even as Ranveer Singh proposes to Deepika Padukone!

Ranveer Singh's proposal to Deepika Padukone; Hrithik Roshan's birthday dance with CM's wife & Sapna Pabbi's sex talk with fans - read on to know what the Gossip Gals are talking about this week. 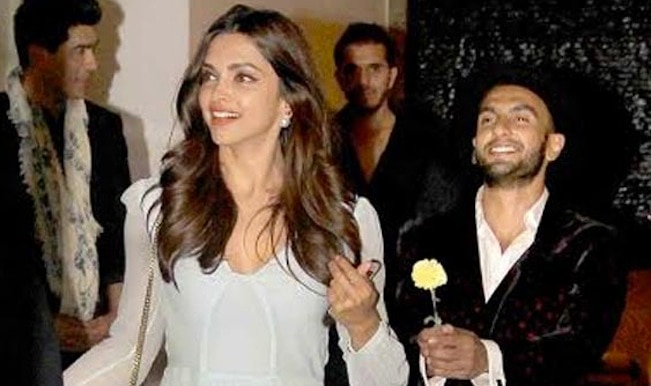 Hello ladies! Our Gossip Gals today are all heart for Hrithik Roshan, who is likely to spend a lonely birthday, now that he is divorced from his wife Sussanne Khan. This is what he tweeted, “To truly live u must learn how to die. It’s only thru loss that u can learn abundance. Ironically u can only touch the skies with broken wings. Don’t ever be afraid. HRX”. Also Read - Sooryanvanshi Aila Re Ailaa Song Teaser Out: Akshay Kumar, Ajay Devgn, Ranveer Singh Perform Singham Hook-Up Steps | Watch

To truly live u must learn how to die. It’s only thru loss that u can learn abundance. Ironically u (cont) http://t.co/SFVLkUfODy

Aw! But in any case, the couple separated towards the end of 2013, and even Hrithik’s 2014 birthday was alone. But the couple still met for the sake of their children. That doesn’t seem to be the case anymore. And Hrithik being Hrithik, is not only hooking up with starlets and such (and why shouldn’t he), but also bashfully shook a leg with a chief minister’s wife with the politician’s approval! Now how did that happen, you’ll ask. Also Read - Sooryavanshi: Akshay Kumar To Kick-Start Promotions From This Date And It's Connected To His Mother 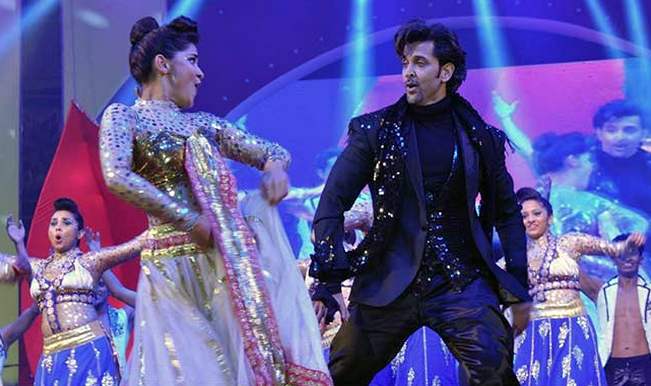 Lol, it was actually at the Saifai festival in Uttar Pradesh, where CM Akhilesh Yadav and his wifey Dimple Yadav danced with Hrithik. ‘Oh, OK,’ sighed the gossip ladies. Smirk. What did you think? And oh yes, it is the same Saifai festival where Salman Khan had danced last year in January and caused a controversy as it was the time of the Muzaffarnagar riots in UP. Now the ladies are thankful there’s been no controversy for their beloved hunk Hrithik Roshan, especially since it’s his birthday today.

Sanjay Dutt turned away from jail, but will now have to surrender!

It happens only in India! And in Bollywood, cried our gossip ladies. Actor Sanjay Dutt might be the only convicted person who was turned away from prison! Imagine that happening to an ‘aam aadmi’ criminal! He goes to jail, and is politely asked to leave for home instead. The story is that Sanjay, serving time in the Yerawada Jail in connection with the 1993 Mumbai blasts case, was out on furlough, nine months since his last parole. Out of habit, he asked for an extension of his holiday, but was not granted it. And so, packing his bags and his eight-pack abs, he presented himself at the Pune jail. But hey, what a pleasant surprise, he was turned away.

But news has come in now that Sanjay Dutt has been asked to surrender. Late decisions but good decision, right?

Sapna Pabbi who? That’s the same question the high-flying gossip ladies asked. Well, we have a vague idea of who she is, and now the starlet is all set to become famous. The gutsy girl has agreed to be part of a ‘midnight talk with men’ for the promotions of her film Khamoshiyan. This event is being promoted as a ‘midnight chatting session with only men’ and that will surely veer to sex talk. So, the makers tell us, the questions will be moderated for filter out the obscene. So why have a midnight talk in the first place? This Sapna Pabbi just wants to be a tease, it seems, cause that is what she is playing in the film – a ‘mysterious seductress who captures the soul of men’! Phus phataka, the ladies say. The lovely Sonakshi Sinha and the handsome Arjun Kapoor disappointed the ladies in Tevar, or should we say they were wasted by Arjun’s dad and producer Boney Kapoor. Why was the film made in the first place? Just to keep Papa’s production company running, it seems. We surely don’t wanna see Arjun like that! And are bored of seeing Sonakshi in such films.

But what the gossip ladies are happy about is the news from their Bangalore gossip club. Hottie Ranveer Singh has apparently asked for Deepika Padukone’s hand in marriage, after having impressed her family in her hometown Bangalore. If this union takes place, the ladies will be both happy and jealous. Aren’t women known for having mixed emotions anyway?

Until next week then, ciao, ladies.