Vikram Bhatt's film Love Games is being talked about for its bold and sexual theme. The Nirvana song tells the tale of deceit and dilemma the characters are facing effectively. 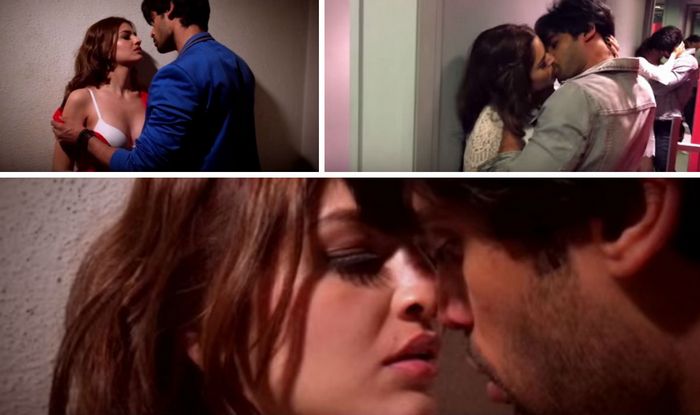 Vikram Bhatt’s film Love Games is being talked about for its bold and sexual theme. The movie’s song Nirvana released recently, and it has a rock feel to it. Composed by Sangeet Haldipur and Siddharth Haldipur, the Love Games song Nirvana has very raunchy music video. Showing the insatiable love between Gaurav Arora and Tara Alisha Berry, the song is full of the couple’s kisses and other forms of physical contact. Also Read - Vikram Bhatt on Drugs Usage in Bollywood Parties: Heard That Drugs Are Offered in Trays to Guests

The movie’s main heroing, Patralekha seen in a villainous role, is seen in the Nirvana song for a bit. But the song largely features Gaurav and Tara. The Nirvana song’s lyrics by Kausar Munir are effective and tell the tale of deceit and dilemma the characters are facing. Love Games is a story where the characters are liberal as far as sex is concerned, but get caught in their own web of lies and emotions. Also Read - Vikram Bhatt on Kangana Ranaut's Controversial Statements: If You Annoy Someone, They Will React

The Nirvana song is rendered by S Mohan Kannan. Have a look at the music video here!

Love Games, produced by Vishesh Films and T-Series and written and directed by Vikram Bhatt, releases on April 8, 2016.