Remember Bandgi Kalra and Puneesh Sharma (who became a couple in the Bigg Boss 11) who raised eyebrows with their PDA inside the BB11 house? The couple, who couldn’t keep their hands off each other, was even caught getting intimate inside the house several times and matters had reached a point where Salman had to request the makers to stop airing their make-out scenes on national television. While there were rumours that the two were getting close to survive on the show but it seems that they have proven everyone wrong and remained strong. The lovebirds of Bigg Boss 11 are enjoying their time outside the house, post the wrap up of the reality show in January. Also Read - Bigg Boss 11 Contestant Bandgi Kalra Summoned For Cheating Delhi-based Engineer by Posting Fake iPhone X Ad on Instagram

On February 9, Bandgi rang in her birthday with Puneesh and to her surprise the actress received an amazing gift from her beau – a ring. An elated Bandgi took to her social media handle to share a story, where she is seen flaunting her stunning ring on her Instagram story and thanked Puneesh for all the love. She also wrote, “So in love with the ring, it’s beautiful.” February is here and love is in the air, isn’t it? Take a look at the pictures here. Also Read - Bandgi Kalra - Puneesh Sharma Receive Get Massively Trolled For Copying Anushka Sharma And Virat Kohli - See Post 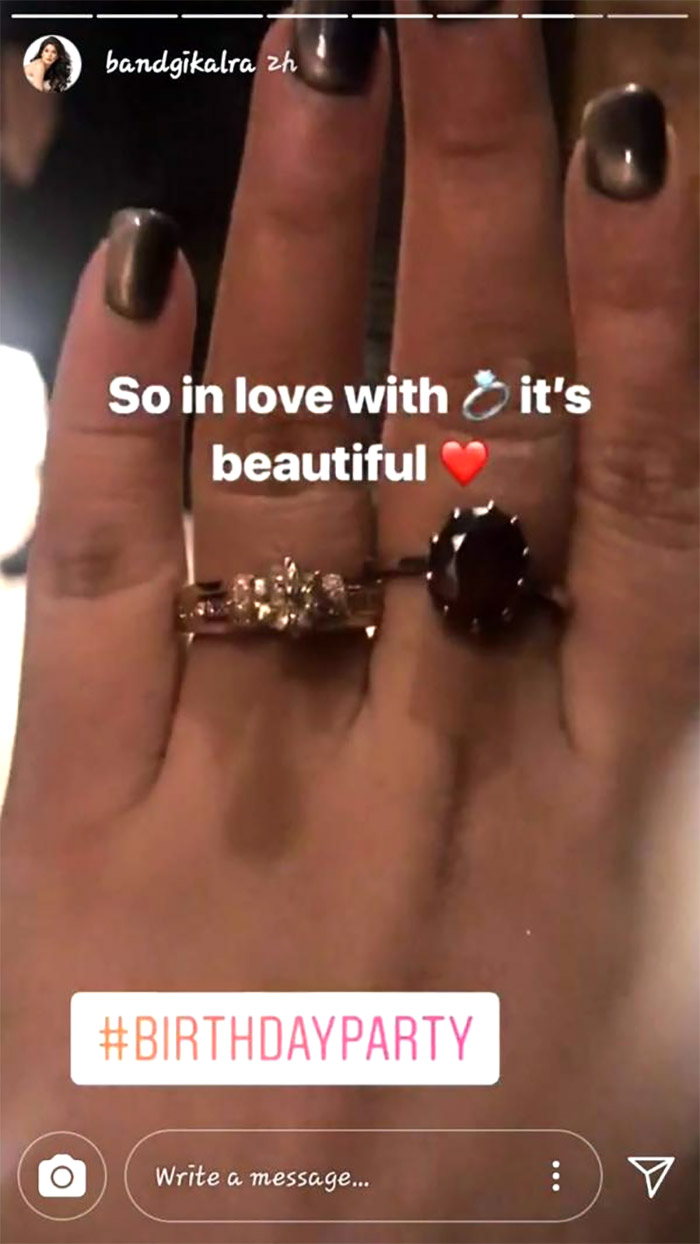 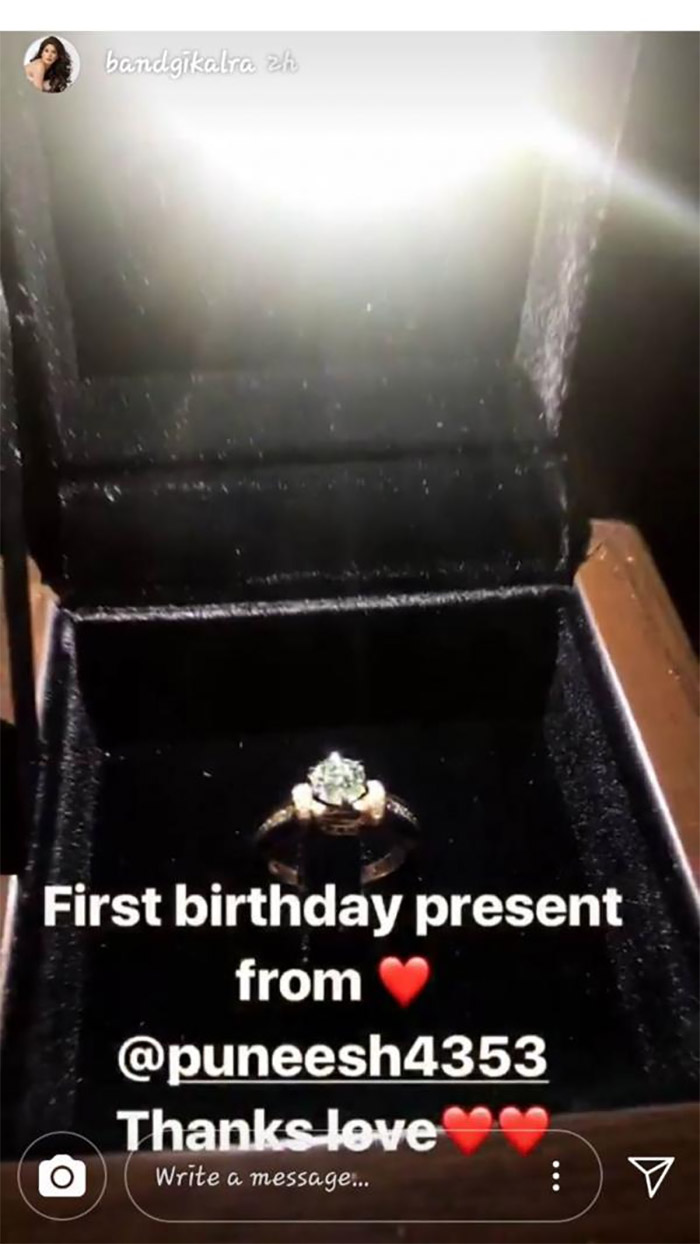 Recently, the couple was in the news after the rumours were doing the rounds that Bandgi’s landlord wants her to vacate the house after watching her PDA with Puneesh on the show. Reports had suggested that Bandgi’s landlord had informed her close friends to inform her to pack her bags and look for a new house as soon as she is out of the show because the members of her society felt that she will be a bad influence on the children and so do want her presence in the place anymore. ALSO READ: Puneesh Sharma Denies Rumours Of Bandgi Kalra Being Thrown Out Of Her Residence

However, Puneesh Sharma rubbished the rumours in a statement to Bollywood Life and wrote, “We don’t stay together. I am staying in a hotel since days now. Earlier, Bandgi was living in Ghatkopar but now she has moved to Andheri as it is closer to work. We are not living-in as yet. Yes, she has moved to a new home but the reason is work. This is bullshit and a fake story. Nothing like this has happened. This is fake news.” Well, the buzz is that Puneesh and Bandgi will be flying to Bali, Indonesia to celebrate Valentine’s Day. Watch this space for further updates.