Have you watched the new song, Rangtaari, from Loveratri yet? It has Aayush Sharma doing some impressive dancing but not everything about it is good.

Aayush Sharma is debuting in Hindi cinema with Loveratri. The film also features Warina Hussain. Its music has appeared impressive so far with tracks like Chogada, Tera Hua and Akh Lad Jave already being appreciated. The latest addition in the album is Rangtaari, a folk song, sung by Dev Nagi and composed by Tanishk Bagchi. The rap part in the song, however, is written and sung by Yo Yo Honey Singh.Also Read - David Dhawan's Birthday Bash: Salman Khan, Kartik Aaryan, Arjun Kapoor, Varun Dhawan, Anupam Kher & Others Attend- Inside Pics

Rangtaari is a super energetic song from the word go. A minute into the song and you have your feet tapping to the beat. Aayush, to his credit, justifies the dancing. But, just that. The actor moves his body to the beats and performs some amazing dance steps one after another. However, his expression-less face doesn’t let him build a connect with the audience. In some of the scenes, he looks to be concentrating more on finishing a step and picking up another one, before even looking into the camera. Aayush looks charming though and reminds one of the early days of Shahid Kapoor on screen. Also Read - Tiger is Back! Salman Khan Shares Tiger 3’s Release Date, Are You Ready For Eid 2023?

Loveratri, directed by Abhiraj Minawal is a lively romantic film. Apart from Aayush and Warina, it also features Ram Kapoor, Ronit Roy and Arbaaz Khan in important roles. The team of the film is currently busy promoting it across the country. In fact, the trailer of the film was launched by Salman Khan himself, who has also produced the film under his banner, Salman Khan Films. Both he and the entire Khan family is quite excited to see Aayush on screen. The actor is married to Salman’s sister, Arpita Khan Sharma. 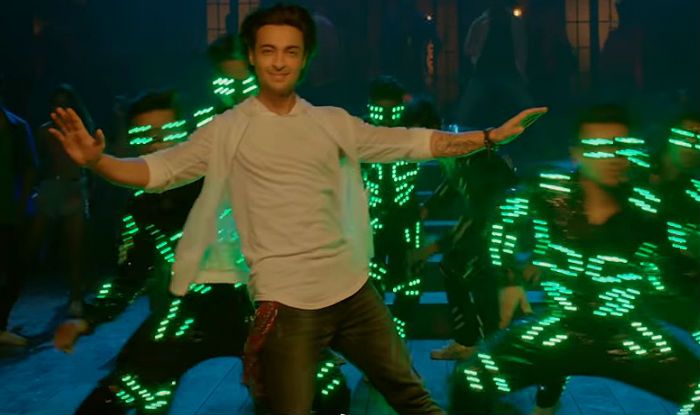 Loveratri is slated for release on October 5.