Mahakumbh is my most challenging show ever: Gautam Rhode 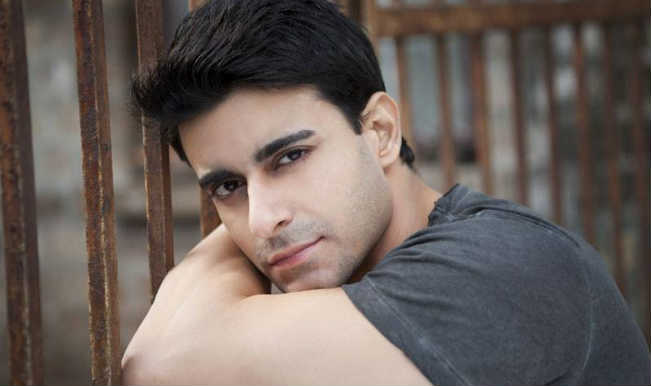 Varanasi Dec 10: Actor Gautam Rhode says shooting his latest TV series ‘Mahakumbh’ is physically and mentally tasking. The 37-year-old actor, who will be seen playing the protagonist Rudra in the contemporary thriller, said ‘Mahakumbh’ is the most challenging show of his career. “It is a huge show, shot on a big scale with a story never seen before. This role has been my most challenging ever. It drains me out both physically and mentally. It is very hard but gives me great satisfaction everyday I shoot. I sleep with a smile because the show is amazing,” Gautam told PTI here at the launch of the show. Also Read - Mahakumbh Mela: Railways to Let Passengers Buy Unreserved Tickets 15 Days in Advance Via Railway Ticketing App

‘Mahakumbh’, a 120-episode series on Life OK, has been shot across the world from Poland to the Ghats of Varanasi and Mumbai. It revolves around the journey of Rudra, who is hit by a life-changing catastrophe in the Kumbh Mela. The ‘Saraswatichandra’ star will be attending the upcoming festival for the show’s shoot and the actor is excited about it. “We all have heard a lot about Kumbh Mela… I am looking forward to my shooting during that period. Varanasi is a good place to shoot in as it is visually great but I hope it becomes cleaner,” the actor said. Also Read - Bepannaah Actress Jennifer Winget Shows Off Her Sexy Dance Moves as She Celebrates 7M Followers on Instagram, Watch

‘Mahakumbh’ is replacing the channel’s popular mythological series ‘Mahadev’ and is being launched at a big scale, packed with stunts and advanced technology. When asked if these factors put him under any pressure, the actor said, “I don’t take pressure or keep expectations because then it becomes difficult to concentrate. I can’t think which show I did last or which show we are replacing. The only thing I am concentrating on is my acting. As it is the role is tough so if I start thinking about other things then I will not be able to perform,” he said.

Gautam reveals he gets into an aggressive mood during the shoots as a part of his preparation for the role of Rudra. “Rudra has so much anger and aggression inside him, which is totally opposite my nature. I am a relaxed chilled out person so to get into the skin of character I have to go through a mental drill. I get into the mood of the show and do all crazy aggressive antics. Initially my co-stars used to get scared,” he said.

Despite his debut in finite series, Gautam says he would continue doing daily soaps as he enjoys working on them. “I will never say no to daily soaps because I have done a lot of such shows and enjoyed them too but if one does a soap opera it should be with conviction. But I believe more miniseries should be made. The canvas of TV is getting bigger so we should bring more interesting stories for the viewers,” he said.