Well, now that the Baba Siddique has lost the elections, where will the annual ‘Khan reunion’ take place? 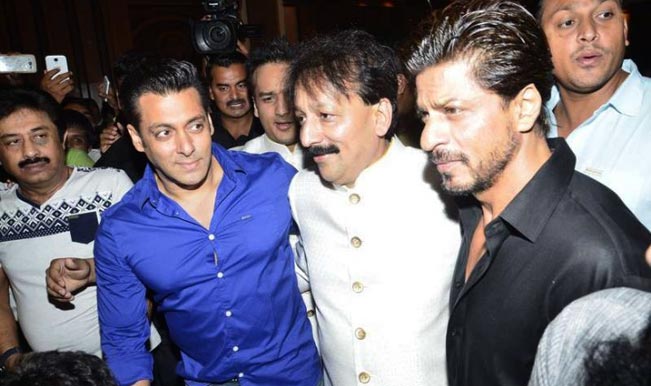 We have known Baba Siddique, who is a member of the Legislative Assembly of the state of Maharashtra, especially for his lavish Iftar parties. Every year, the grand-scale Siddique’s Iftar parties are attended by all the big wigs of Bollywood including the two most popular Khans – Salman Khan and Shah Rukh Khan. Friends-turned-foes, Salman and Shah Rukh were spotted hugging each other twice at the famous annual Iftar party. Also Read - Idhar Ki Baatein, Udhar Ki Baatein...Kisiko Kuch Nahi Bolte: Juhi Chawla Reveals How Shah Rukh Khan Backtracks On His Word In KKR Team Meetings | WATCH VIDEO

The results of Maharashtra and Haryana Assembly Elections 2014 have all but been in favour of BJP. So far, it seems like its the end of the road for Congress as they have failed to make any impact in both Haryana and Maharashtra. Also Read - Salman Khan's Forthcoming Docu-Series 'Beyond The Star' Will Show His Journey In Bollywood And Him As A Person Off Camera, Watch Video

Well, now that the Baba Siddique has lost the elections, where will the annual ‘Khan reunion’ take place? Does that mean no more Iftars for Salman and Shah Rukh to hug? Siddique, who was Congress’s electoral candidate from Bandra West, Mumbai, lost against Bhartiya Janata Party’s Ashish Shelar.

At the time of national elections 2014, superstar Salman Khan termed Narendra Modi as a “good man” and also did laud Modi for his work in Gujarat but stressed that he would vote for Congress MLA Baba Siddique and Congress MP Priya Dutt in his own constituency, Bandra, in Mumbai. “For you it’s Modi. My constituency is Bandra, my duty is to go there and vote. The candidates there are Priya Dutt and Baba Siddique. You have to give Modi sahab the vote, and I will give my people the vote. We just pray the best man wins,” Khan said.