Here's how Malaika Arora reacted to trolls who called her 'desperate' and 'buddhi' for dating Arjun Kapoor who is younger than her.

Malaika Arora and Arjun Kapoor recently made their relationship official by sharing posts on Instagram. Recently, Malaika reacted to the trolls commenting on her age difference with Arjun and stated that society accepts an older man dating a younger girl but when an older woman dates a younger man than she is addressed as ‘desperate’ and a ‘buddhi’. Also Read - Malaika Arora Looks Smoking Hot in Rs 84k Mini Dress, See PICS

In a recent interview with HT Brunch, Malaika talked about the same and said, “The age difference doesn’t really pop up when you are in a relationship. It is about two minds and hearts connecting. Unfortunately, we live in a society that refuses to progress with time. An older man romancing a younger girl is hailed everywhere, but when the woman is older, she’s called ‘desperate’ and a ‘buddhi’. For people who think like this, I have just one line: Take a flying f***”. Also Read - Arjun Kapoor Wishes Her 'Fool' Malaika Arora on 47th Birthday With a Lovely Photo 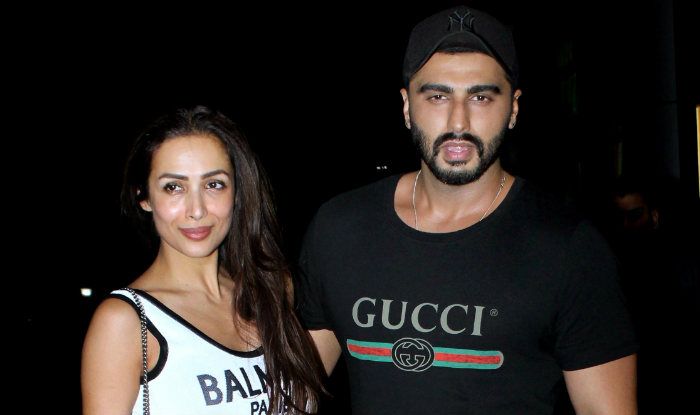 In the same interview, Malaika also mentioned her son Arhaan Khan’s reaction to her relationship with Arjun. “I believe the best way to approach any situation is with honesty. It’s important to tell your near and dear ones what’s happening in your life and then give them time and space to understand and process things. We have had that conversation and I am so glad that everyone is in a much happier and more honest space today,” she said. Also Read - Haryana Woman Rescued After Being Locked Inside Toilet by Husband For Over a Year

Malaika made her relationship with Arjun Kapoor official on his birthday. She shared a hand in hand picture with him from their New York getaway and captioned it, “Happy bday my crazy,insanely funny n amazing @arjunkapoor … love n happiness always.” Post that, Arjun shared a picture of his ladylove holding a heart shaped bag and captioned it, “She has my heart… (literally)”.

On the professional front, Arjun is gearing up for his next big release, Panipat, a historical drama directed by Ashutosh Gowariker. The film also stars Kriti Sanon and Sanjay Dutt.