Malayalam Film Kayamkulam Kochunni is the biggest ever production film. It breaks The Record of Baahubali 2

The biggest-ever production in Malayalam cinema, Kayamkulam Kochunni, hits the screens across the globe today, October 11, 2018. Most recently, reports had surfaced that the Nivin Pauly starrer, directed by hit film-maker Rosshan Andrrews, is all set to get a 24-hour Marathon show and thus making it the first ever Malayalam film to achieve it. Kayamkulam Kochunni is seemingly on its way to garner more records under its belt, as the film might witness one of the biggest releases of the recent times in Kerala. Also Read - Veteran Malayalam Filmmaker AB Raj Passes Away Due to Cardiac Arrest at 95

Well, a new poster of Kayamkulam Kochunni has surfaced on the social media in which it has been confirmed that the film is released in as many as 351 screens across the state. With such a huge release, Kayamkulam Kochunni has shattered the record that Baahubali 2 held, the film that was released in 320 screens in Kerala. Also Read - Malayalam Film Lyricist Chunakkara Ramankutty Dies at 84 in Thiruvananthapuram

The movie is a period-drama on an early 19th century, 993 AD according to the Malayalam calendar. It’s about a highwayman Kayamkulam Kochunni, played by Nivin Pauly, who lived in Kerala’s Kollam that belonged to former Central Travancore. Also called the Robinhood of Kerala, Kochunni finds mentions in folklore. Apart from Pauly, the film also has Malayalam superstar Mohanlal in the role of Kochunni’s predecessor Ithikkarapakki. Also Read - Malayalam Actor Miya George All Set to Tie The Knot With Bussinessman Ashwin Philip

The Rs 45 crore movie is bankrolled by businessman Gokulam Gopalan. The movie replaces the record held by Veeram, a multi-lingual adaptation of William Shakespeare’s Macbeth, directed by Jayaraj. Veeram (2017) was made by Chandrakala Arts at a cost of Rs 36 crores.

Take a look at the poster: 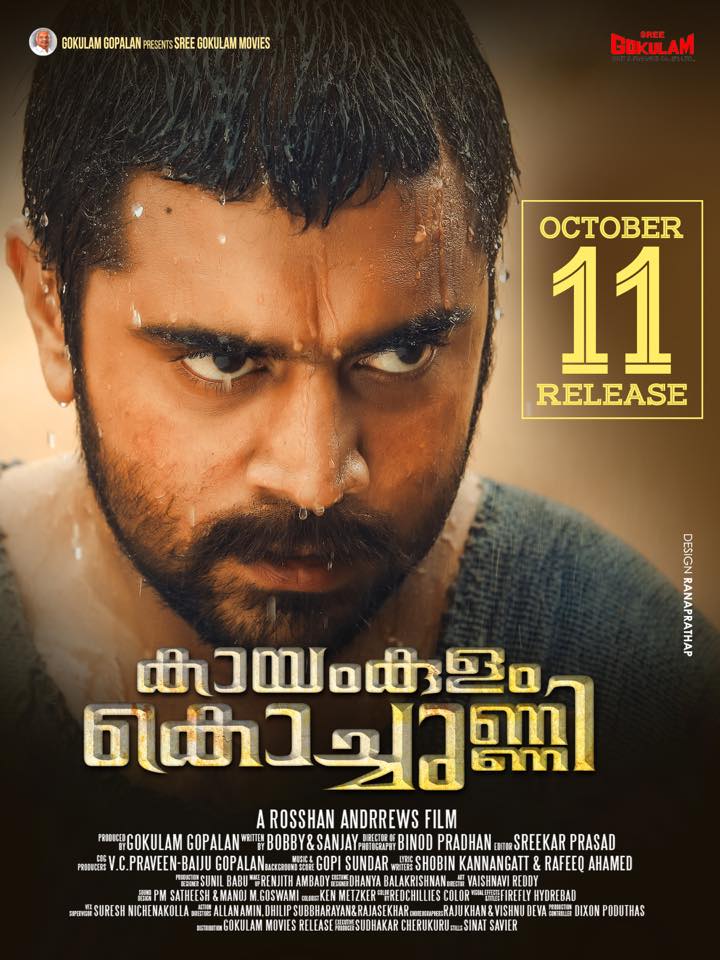 Kayamkulam Kochunni is released in as many as 351 screens: 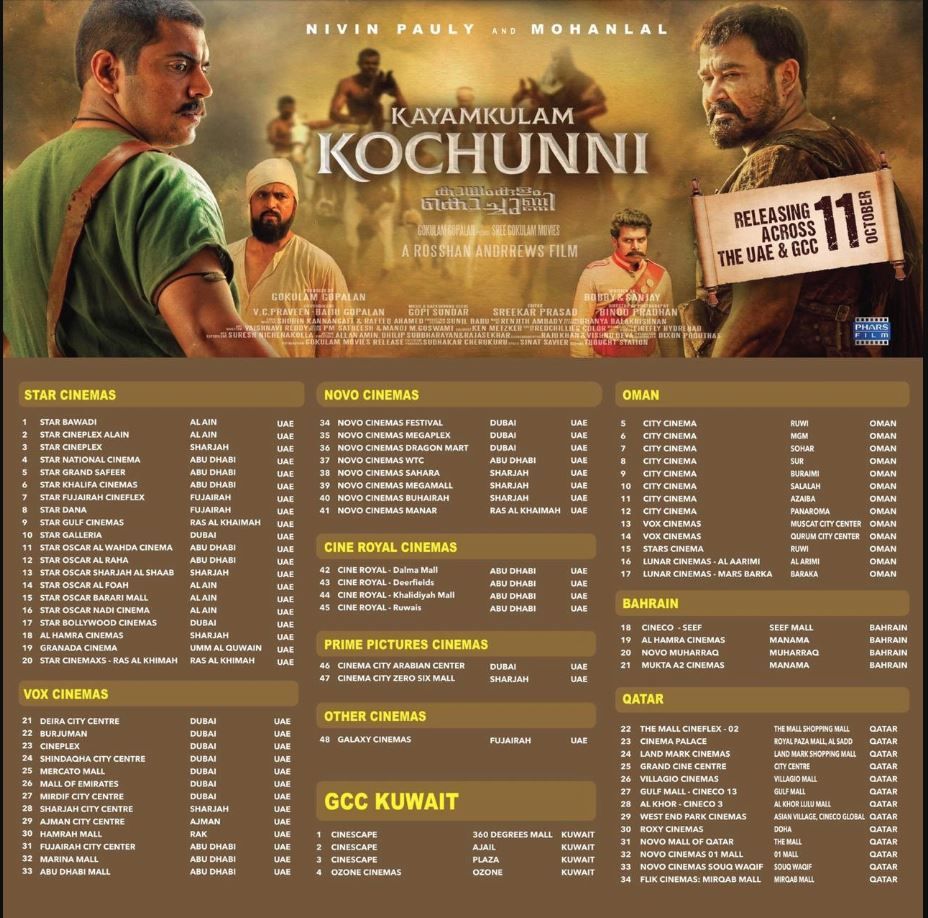 Kayamkulam Kochunni is getting a simultaneous release in UAE and Gulf Corporation Council (GCC) countries on the same day. Nearby 82 centres are hosting the movie in the Middle East.

Rosshan Andrrews made a sensational debut as a director, with Udayananu Thaaram in 2005, which had Mohanlal in the lead and Sreenivasan as the scenarist. He has never looked back ever since. With well-appreciated films like Note Book, Mumbai Police and How Old Are You in his profile, Rosshan is regarded as one of the finest technicians in Malayalam.