Watch this wonderful short film by this gem of an actor! It's a reflection of the conditions that police officers and constables have to work in even if they are mentally stressed out. This film is like a salute to the cops! 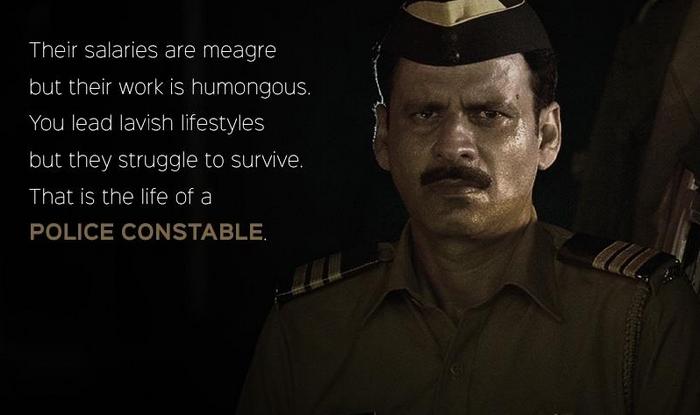 Manoj Bajpayee’s short film Taandav‘s teaser was launched with much fanfare by directors Anurag Kashyap, Sudhir Mishra and Tigmanshu Dhulia. Bajpayee, who will be seen on February 25 in a biopic Aligarh, feels that Taandav should be made into a feature film. The short film Taandav has now been released on the official YouTube page of Muvizz. Here’s what we think of Taandav! Also Read - Anurag Kashyap's Daughter Aaliyah Kashyap Soaks Some Winter sun in Blue Bikini, Holidays With Beau - See Pics

Manoj Bajpayee the ace actor gives another ace performance, and shines through in this short film. Taandav nritya means the dance of fury of Lord Shiva in Hindu mythology, but the taandav nritya done by Bajpayee’s character in the film is to release stress from his daily life. The actor plays a lower middle-class Mumbai cop Tambe in Taandav. Also Read - Manoj Bajpayee's Mother-in-Law Shakeela Raza Dies, Actor Rushes to Delhi

Tambe has had a bad day in office and at home too, where he wife shuts him out. At night, the poor constable is assigned bandobast (duty) at a crowded event – the Ganpati Visarjan at the end of Ganesh Mahotsav. The festival’s noise, drums, beats, people screaming, dancing, fighting with the auto rickshawwallah and his stress from his personal life gets to Tambe.

What does he do next? Does he hit anybody? Does he get drunk? Or does he simply do the taandav? Watch this wonderful short film by this gem of an actor! Taandav is directed by Devashish Makhija. It’s a reflection of the conditions that police officers and constables have to work in even if they are mentally stressed out. This film is like a salute to the cops!

Let us know your own review of Taandav! (Photo courtesy: Muvizz)