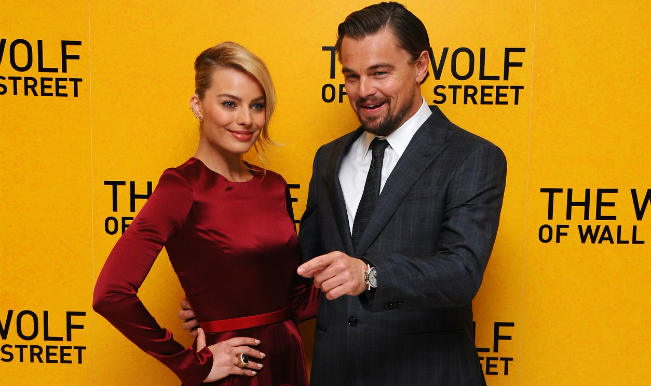 Los Angeles, Feb 27: Actress Margot Robbie says she slapped her on screen husband Leonardo DiCaprio from “The Wolf of Wall Street” during a passionate audition for the 2013 biographical black comedy film. Speaking to the Harper’s Bazaar magazine in its April issue, the 24-year-old, who is currently promoting her new release “Focus”, said she smacked DiCaprio, 40 in the face and got afraid of getting sued for assault, reports aceshowbiz.com. Also Read - 1MDB: Malaysia's extraordinary financial scandal

Remembering her audition, Robbie explained: “In my head I was like, ‘You have literally 30 seconds left in this room and if you don’t do something impressive nothing will ever come of it. It’s a once-in-a-lifetime chance, just take it’.” “And so I start screaming at him (DiCaprio) and he’s yelling back at me. And he’s really scary. I can barely keep up. And he ends it saying, ‘You should be happy to have a husband like me. Now get over here and kiss me.’ Also Read - US unveils indictments in Malaysia bribery scandal

“So I walk up really close to his face and then I’m like, ‘Maybe I should kiss him. When else am I ever going to get a chance to kiss Leo DiCaprio, ever?’ But another part of my brain clicks and I just go, whack! I hit him in the face. And then I scream, ‘F**k you!’ And that’s not in the script at all. The room just went dead silent and I froze,” she recalled.

Robbie said she was full of thoughts about what would happen to her next. “I’m thinking, ‘You just hit Leonardo DiCaprio in the face. They’re going to arrest you because that’s assault. You’re definitely never going to work again, that’s for sure. They’ll probably sue you as well in case there’s a bruise on his face and he needs to film something else’,” Robbie added. Robbie will next be seen in “Focus” with actor Will Smith. The film will release in US Friday.