#MeToo: Alok Nath Expelled by CINTAA Until Further Notice Following Allegations of Rape Against Him

Alok had refused to acknowledge the notices sent to him by various associations.

Actor Alok Nath, who was very much in the news after he was accused of rape by writer-producer Vinta Nanda, has now been expelled by Cine & TV Artist Association (CINTAA) and his membership revoked until further notice after he failed to appear before its executive committee. He has been asked to appear before the AGM, failing which he will be expelled permanently. Also Read - Payal Ghosh Demands 'Lie-Detector' Test For Anurag Kashyap After Filmmaker Denies All Allegations of Rape

A tweet had been put out by ANI announcing Alok’s membership being revoked by Cine & TV Artist Association. Also Read - Anurag Kashyap's Lawyer Releases Official Statement in Rape Case: He Was in Sri Lanka in August 2013

CINTAA has expelled Alok Nath from its membership till further notice after he failed to appear before it’s executive committee y’day. He has been asked to appear during AGM on May 1&if he fails,he’ll be permanently expelled:Sr Joint Secretary,Committee of Cine&TV Artistes’ Assoc pic.twitter.com/XtlyPIoreq Also Read - Rape Case: Anurag Kashyap Denies All Allegations by Payal Ghosh in 8-Hour-Long Questioning

Alok had earlier responded to the rape allegations by saying that he neither denied nor accepted the charges levelled against him by the Tara producer and that it (the rape) “might have happened but someone else would have done it”.

Vinta had responded by saying that Alok did not deny it even when she had written about the incident years ago. During a press conference, which was held a day after she accused Alok of raping her, she had said that now that she feels fearless, he is feeling scared. 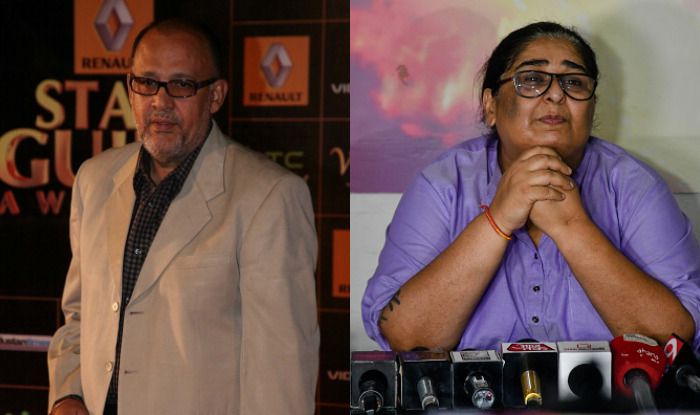 “He did not deny it even in 2003, 2004 and 2005 when I had written about it. Now I am feeling fearless, he is feeling scared,” she said. Asserting that he should feel ashamed, she said, “I am meeting consultants and advisors today evening, so by tomorrow, I will have the next course of action ready. I am not ashamed of anything, it is he who should feel ashamed.”

Following the allegations, the Federation of Western India Cine Employees (FWICE) issued Alok notice, and stated it would not work with anybody accused of sexual harassment if they fail to respond to the notices. A few days after he received the notice, Alok filed a defamation case against Vinta.

Alok had also refused to respond to a notice issued to him by the Indian Film and Television Directors’ Association (IFTDA) with his lawyer Ashok Sarogi telling the association that there is “no complaint at all made with any of the police authorities nor filed with any of the legal authorities” and that the notice has been served on the basis of “interviews and some complaints on social media”.

It now remains to be seen if any further action will be taken by Cine & TV Artist Association.