Niharika, who is a former Miss India, revealed she faced sexual harassment and abuse from the three.

Former Miss India and actor Niharika Singh opened up about her #MeToo experiences in the entertainment industry calling out Bollywood biggies Nawazuddin Siddiqui, Sajid Khan and Bhushan Kumar. The Miss Lovely actor’s account was shared on Twitter by journalist Sandhya Menon. Niharika said she decided to write the piece “to expand my own understanding of what constitutes abuse, who we choose to punish and whom we are willing to forgive”. Also Read - Slumdog Millionaire Actor Madhur Mittal Accused of Sexual Assault Charges, Says 'Untrue, Extremely Disturbing'

The actor said she has dealt with various forms of exploitation throughout her life and her main struggle started once she decided to move to Mumbai to make her name in the modelling and movie business. Soon after her Miss India pageant win, Niharika said she was signed by Raj Kanwar for her Bollywood debut but the project got shelved and T-Series honcho Bhushan Kumar decided to launch her. Also Read - Evan Rachel Wood Accuses Rock Singer Marilyn Manson of 'Horrific Abuse', Four Other Woman Alleges Same

“Bhushan Kumar asked Kanwar to release me from his contract as a favour so I could be cast in his other film… Bhushan Kumar called me to his office to sign ‘A New Love Ishtory’ where he gave me an envelope as a signing amount for the film. It contained two 500 Rupee notes. I got a text from him later that night- ‘I would love to know you more. Let’s get together sometime’. I wrote back saying- ‘Absolutely! Lets go on a double date. You bring your wife. I’ll bring my boyfriend.’ He never wrote to me again,” she wrote. Also Read - After Jiah Khan’s Sister, Sherlyn Chopra Accuses Sajid Khan of Sexual Harassment

The film got delayed and the actor claimed she never got paid for her work on the project.

Niharika and other women accused Siddiqui of making up lies in his autobiography, due to which he withdrew the book.

This is her side of the story. pic.twitter.com/XBVGgE3r0c

In 2009, Niharika signed Miss Lovely opposite Nawazuddin Siddiqui. The actor wrote she and Nawazuddin came close during the making of the film and she developed a soft corner for him as she “found him real, after all the superficial ‘filmy’ interactions she’d had in the past years”.

The actor revealed one morning she invited the Manto actor to her home for breakfast and he grabbed her.

“I tried to push him away but he wouldn’t let go. After a little coercion, I finally gave in. I wasn’t sure what to make of this relationship. He told me it was his dream to have a Miss India or an actress wife, just like Paresh Rawal and Manoj Bajpayee. I found his little confession funny but endearing… He often complained about how he was judged on his looks, skin colour and that he wasn’t fluent in English. I tried to help him deal with his insecurities, but he was stuck in a state of victimisation,” she stated.

The two started dating but according to Niharika she decided to split with Nawazuddin because of his frequent lies. She revealed, “I told him to clean up his mess, be honest with himself and everyone around him; also that I did not want to see him again.”

Niharika and Nawazuddin met after three years when Miss Lovely got into the Cannes Film Festival in 2012. The actor said she wanted to be friends with him but “he tried to re-engage me sexually, begging me to be with him but I refused, saying I was happy to be his friend and nothing else”.

In the post Niharika also called Nawazuddin a sexually repressed Indian man whose toxic male entitlement grew with his success is hardly surprising.

“What is interesting to note that despite not identifying as a Hindu, he carries deep caste prejudices since he chose to protect the honour of his ‘Brahmin’ wife after their names came in CDR scam, while he felt very comfortable painting me as a seductress wearing faux fur in his book, who he could sexually exploit, for public imagination,” she wrote. 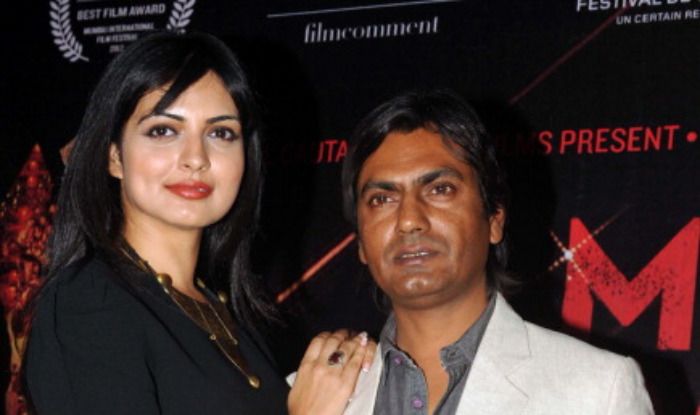 Niharika also claimed that she was briefly engaged to Mayank Singh Singhvi in 2011, but parted ways because he “was a sociopath”.

Mayank later married Anissia Batra, who worked with a German airline. She had allegedly jumped from the terrace of her house in July and Mayank was arrested on the charge of dowry death.

In September it was revealed that a former Miss India had approached Delhi Police and recorded her statement in the Anissia Batra case. In her statement, she had told police that she called off her engagement after he threatened her and chased her with a knife.

“Violence against women may be a common feature faced by all women in India, but there is no denying the fact that certain kinds of violence are customarily reserved solely for Dalit women,” Niharika said.

She said patriarchy has no gender nor does abuse.

“We can’t forget the role of mothers and wives who are equally responsible in covering or enabling their sons’ and husbands’ crimes… It’s time to realize that the pompous, neoliberal, savarna feminism is not going to liberate anyone,” she added.

Niharika concluded her post by sharing her encounter with Sajid, who was recently dropped as the director of Housefull 4 following sexual harassment allegations by multiple women.

“Filmmaker Sajid Khan, who I met a couple of times while he was dating an actress I knew years ago, made a few predictions when a close friend of ours was opening her second restaurant – ‘This place will shut down within a year, mark my words.’ To his actress girlfriend he said, ‘She won’t survive a day without me in Bollywood’. ‘And, this one’, looking at me straight, ‘will soon commit suicide’.

“My restaurateur friend is opening her fourth restaurant. It is difficult to get a table at the other three. The actress’ career skyrocketed after she dumped the filmmaker and I, have managed to stay alive,” she wrote.