Actors Tanushree Dutta and Nana Patekar are now fighting a legal battle on the sexual harassment issue. The actress has alleged that the veteran actor tried to inappropriately touch her 10 years back on the sets of Horn OK Pleasss and later sent goons to threaten her and her family. While Nana has denied all the allegations, Tanushree kept her stance firm on the issue maintaining that Nana should atone his actions. After media and celebs took their stands on the case, now MNS chief Raj Thackeray has also come out to speak on the matter. Supporting Nana in the case, he has mentioned that he doesn’t think the actor can sexually harass anybody. Also Read - Who Is Responsible For Coronavirus Spread In Maharashtra? Raj Thackeray Blames Migrant Workers

Thackeray talked to Times Now and commented on the case that has brought the ongoing #MeToo movement to India. The MNS chief admitted that Nana is an ‘indecent man’. He also expressed his views on the movement and said that it’s a serious thing and one shouldn’t be debating over it on Twitter. His statement read, “I know Nana Patekar; he is indecent. He does crazy things but I don’t think he can do such a thing. Court will look into it. What is the media to do with it? #MeToo is a serious matter, the debate over it on Twitter isn’t right”. Also Read - Class 10, Class 12 Students Should be Promoted Without Exams: Raj Thackeray 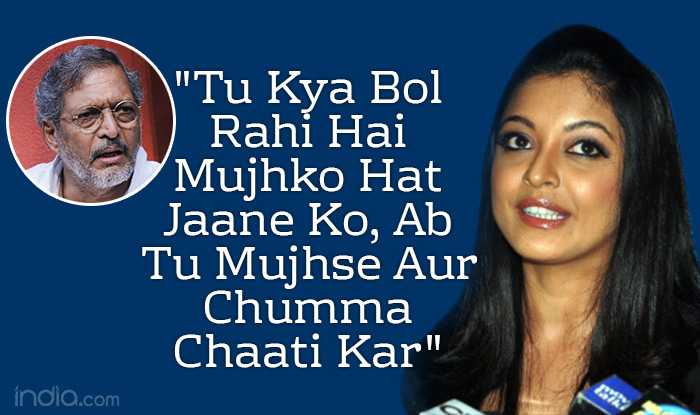 This is for the first time a prominent politician has come out to share his views on the Tanushree-Nana case. Earlier, demanding a narcotic test to be done on the actor, Tanushree alleged that Nana has got strong industry and political connections, which means he has the power to produce fake witnesses in the court. Nana, on the other hand, hasn’t elaborated on his stance on the matter. In fact, after requesting the media to not be judgmental and hear his side of the story, Nana said nothing at the press conference he organised recently, except that nobody can change the truth. He said, “the truth is what it was 10 years back…”.