Actress Minnisha Lamba will be locked in the Bigg Boss season 8 house for the next three months. 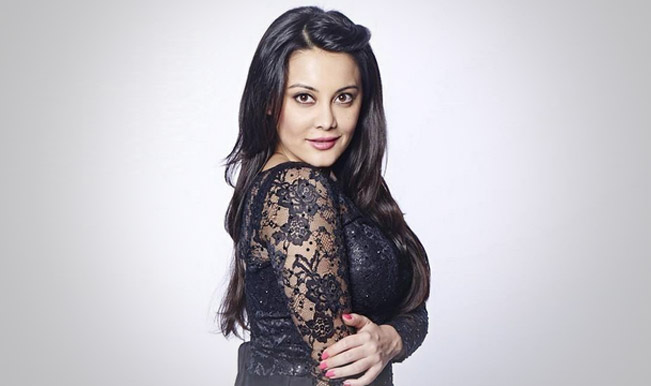 The pretty looking Minissha had made her debut with Yahaan. Though she only did a few movies, her famous ones include Honeymoon Travels Pvt. Ltd , Kidnap and Bheja Fry 2. She played supporting roles in Corporate, Rocky: The Rebel, Anthony Kaun Hai, Anamika, Shaurya and Dus Kahaniyaan. She was not only seen in films, but her appearance in Himesh Reshammiya’s Tera Suroor video from the album App Ka Suroor made her pretty famous. Also Read - Remember Bachna Ae Haseeno Actor Minissha Lamba? Check Her Viral Bikini Pictures

The last time Minissha Lamba was in the news when she underwent a nose job and got silicone implants. After that she went into hibernation and is now back on Bigg Boss season 8. This looks similar Tanishaa Mukerji’s entry on Bigg Boss season 7 as a ticket to short lived fame. Minissha might also turn out to milk in a little publicity out of this reality show.

The actress dazzled in a black lace dress, in order to hide her flabby figure but failed to do so and it was evident that the actress had gained. Only time will tell what Minissha will bring to jumbo aircraft of Bigg Boss season 8.