Alvarado, 19, was crowned Miss Honduras in April and was expected to compete in the Miss World Pageant in London in December. 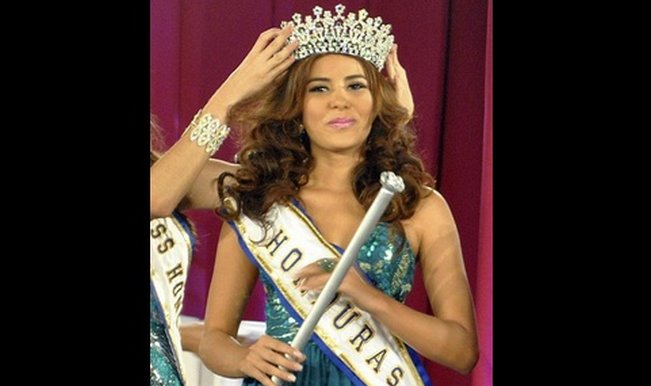 Tegucigalpa, November 20: Two bodies authorities believe to belong Miss Honduras 2014 and her sister have been found buried near the spa where they disappeared six days ago, the Honduras National Police director said. Authorities are awaiting confirmation from forensic officials that the bodies are Maria Jose Alvarado, 19, and her sister, Sofia, 23, said Gen Ramon Sabiillon. Plutarco Ruiz, boyfriend of Sofia, and an accomplice, Aris Maldonado, have been arrested, Sabillon said. Also Read - Priyanka Chopra Jonas' Inspiring Post on Earning 'Miss World' Title at 18 is All Friday Motivation You Need!

Both women were shot to death. The sisters were last seen Thursday in a spa in Santa Barbara, about 400 kilometres west of Tegucigalpa, where they had gone to celebrate Ruiz’s birthday. Also Read - Aishwarya Rai-Aaradhya Bachchan's Vibrant Selfie Will Add All Missing Colours to Your Saturday

Alvarado, 19, was crowned Miss Honduras in April and was expected to compete in the Miss World Pageant in London next month. She was supposed to have left for London on Sunday. Sabillon said Ruiz led authorities to the bodies.