Mona Singh: I want to do theatre now

Starting her career with the small screen, Mona Singh gradually moved to films and the actress, who will be next seen in upcoming movie 'Zed Plus', says she now wants to try her hands in theatre. 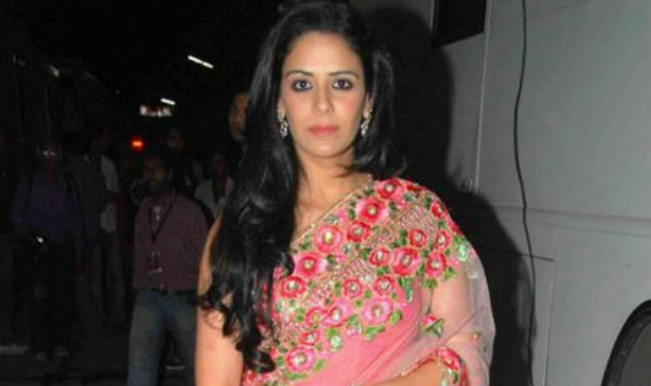 Also Read - Laal Singh Chaddha: Aamir Khan And Team Celebrate The Wrap of The Film With a Grand Party

New Delhi, Nov 27: Starting her career with the small screen, Mona Singh gradually moved to films and the actress, who will be next seen in upcoming movie ‘Zed Plus’, says she now wants to try her hands in theatre. The 33-year-old actress, best known for her titular role in hit TV soap ‘Jassi Jaisi Koi Nahin’, said her co-stars in the Chandra Prakash Dwivedi-directed film, who have a background of theatre, inspired her to take up on stage acting. Also Read - Mona Singh Celebrates First Lohri After Marriage, Pictures Will Give You Punjabi Feels

“I am doing theatre. It happened because all the actors of ‘Zed Plus’ are from theatre- Mukesh Tiwary, Adil Hussain, Sanjay Mishra, Kulbhushan Kharbanda. On the set of the film, I felt very out-of-place. I thought I should also try my hands in theatre.
“It is very challenging, there are no re-takes, no cuts on stage. I am doing a play next month in Mumbai. It is called ‘Unfaithfully Yours’. Hopefully we will travel to other cities as well,” Mona told PTI. Also Read - Year Ender 2019: Soundarya Rajinikanth-Akash Ambani-Mona Singh And Other Indian Celebrities Who Tied The Knot In 2019

In ‘Zed Plus‘, which is a political satire, Mona, who has earlier starred in films like ‘3 Idiots’ and ‘Utt Pataang’, will be seen in a de-glamourised role. But the actress is not complaining as she considers herself lucky to get the part. “When I was approached for the film and sir (Dwivedi) narrated the story, I immediately said yes. Such films are made very rarely. When you are old and look back at your career, these are the films that will be the high point,” she said. ‘Zed Plus’ will hit theatres tomorrow.

The actress, who rose to fame by doing television, was last seen in daily soap ‘Kya Huaa Tera Vaada’, which ended in 2013. Since then, Mona has abstained from doing TV shows and she said she would prefer to be part of shows, which have seasons.

“I love acting. I will return to TV but it has to be good enough. Daily soaps get monotonous. I believe in seasons. It is starting here. It is a very good change as writers, producers, actors can come back fresh. It will take a while but it has started,” she said.