While watching “Tevar” earlier today, I felt so dragged back in time that I am now wondering if I’ve got it wrong and if in fact, as director Anil Sharma seems to strongly believe, we are still stuck somewhere around 1980. If “Tevar” is any indication, the answer, depressingly, is yes. 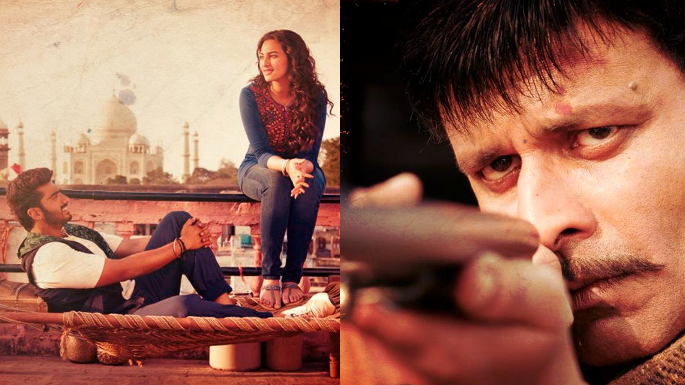 Also Read - Nick Jonas To Make His Bollywood Debut Soon? This Is What He Has To Say

Correct me if I am wrong, but did we not just enter 2015? Also Read - 6 Real Photos of Bollywood Actresses That Show Wrinkles Are Natural, Beautiful, And Absolutely Fine

I wish that was a rhetorical question, but I am in serious need of confirmation here, because while watching “Tevar” earlier today, I felt so dragged back in time that I am now wondering if I’ve got it wrong and if in fact, as director Anil Sharma seems to strongly believe, we are still stuck somewhere around 1980. If “Tevar” is any indication, the answer, depressingly, is yes. Also Read - Chhorii Movie Review: Nushrratt Bharuccha Delivers Her Career-Best Performance in a Honor-rific Film

It’s the story of out-and-out Punjabi launda Pintu (Arjun Kapoor) a kabaddi champ and all-around badass boy-next-door who regularly causes a ruckus in town, thanks to his noble but hotheaded reflexes to beat up bullies who harass women.

A self-proclaimed “Superman,” all it takes is one slap of his thigh and a self-assured smirk for him to go from light-hearted to livid, and obliterate anyone in his path—and it happens pretty often.

When he encounters Radhika (Sonakshi Sinha), a girl on the run from Gajendra (Manoj Bajpai), a formidable gangster hell-bent on marrying her against her will, Pintu makes it his mission to help her escape, not realizing he may have finally bitten off more than he can chew.

From the rampant stereotypes that plague its characters to the inane old-school tropes that govern its storyline, “Tevar” is regressive on so many levels. There’s the halfway-mute damsel in distress (I’m pretty sure Sinha has a grand total of seven full sentences to say in the entire film) who spends most of her time running behind her hero or perched on the back of his motorcycle.

There’s our quintessential hero, who can single-handedly thrash a mob of sword-wielding baddies with his bare hands, but somehow can’t break free from a handful of police officers holding him back from his sweetheart. We have the town goon, Gajendra, who is powerful enough to commit murder publicly and in plain sight of passers-by and get away with it. And then there is the part where he, in typical archaic villain fashion, sets his stone heart on marrying the young lass he fell for at first sight after watching her gyrate on stage. 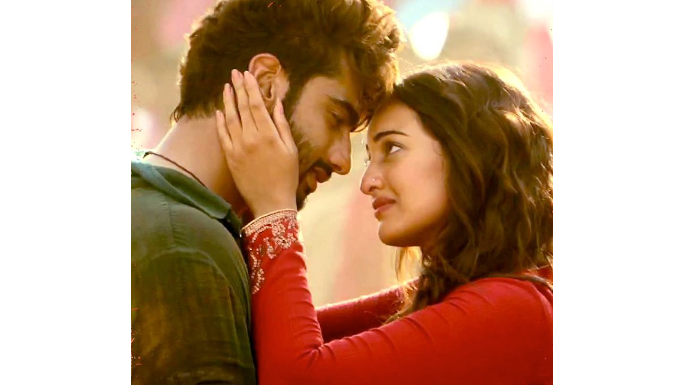 On that note, what movie in this day and age still introduces its heroine via the “dance show” number? And on that note, it would just be plain irresponsible of me not to warn you of the gaudily choreographed, haphazardly composed music; in fact, the entire soundtrack is one unmelodious cacophony after another, unforgivable in any era.

Leaving few antiquated Bollywood trademarks untouched, “Tevar” overshoots being a “throwback” film (if that’s even what it was trying to be) and lands straight into obsolete territory. The only thing that looks like it belongs to this decade is a somewhat glossier look and slicker camerawork than the rough-around-the-edges visuals of yesteryear.

Sifting through the mess, there are brief moments of respite. The Agra backdrop’s vintage charm is captured in the street vendors of the bustling town center and in the Taj itself, hiding bashfully behind a fog of dust.

Kapoor’s inherent, effortless charisma peeks out from under certain dialogues. Even the scenes he hams up are welcome distractions from Sinha’s ability to emote exactly one expression for the duration of the movie.

I’m still trying to figure out why Bajpai agreed to doing any of this, but for what it is worth, he has always delivered on darker characters, and this one is no exception, regardless of the very outworn nature of his role.

But those small reliefs aren’t enough to carry us through, as the film does not get going until Kapoor and Sinha’s meeting a good hour in, by which point you’re already well on your way to exhaustion from the murders, fights, threats, and general nonsense witnessed until then.

They lost my attention at the completely misplaced, wannabe-hip hop number, where the lead pair and their friends sing and dance “celebrate the moment;” and for the torturous remainder of the story, they never quite got it back.

Thirty years ago, “Tevar” may have been somewhat acceptable—or at least, in line with what was considered the norm during what many consider the worst decade in Indian cinema. Today, it doesn’t even qualify for “time pass,” the classification reserved for all uninspiring-yet-watchable films.

If Bollywood’s first offering of the year is this disappointing, we can brace ourselves for what else is in store, or reassure ourselves that it can (it must!) only go uphill from here.