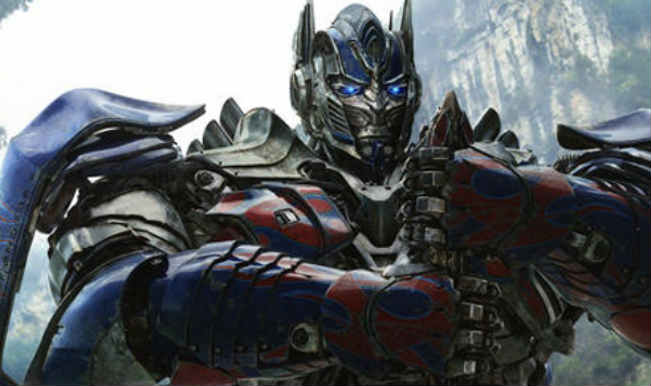 “Transformers: Age of Extinction” is a blockbuster man versus aliens spectacle that deals with loyalty and honour, where “human freedom is at stake and innocent people die all the time”. Also Read - Gulabo Sitabo Movie Review: Amitabh Bachchan is Gold in This Lacklustre Story

The film is propelled with fuzzy logic that involves humans and two sets of giant shape-shifting mechanical creatures — the Autobots and the Decepticons — and it definitely evokes mixed reactions. Confusing for those uninitiated into “The Transformer” series, it proves to be an average yet exciting epic fare for others.

The narration begins with the prelude that cannot be differentiated from the main story and reveals that millions of years ago, when the dinosaurs roamed on land, an intergalactic alien invasion caused a near extinction with their superior ammunition that turned living organisms into “Transformium” – “a metal that makes Transformers”.

The film then zooms into present day and takes off, years after the “Battle of Chicago” from its 2011 release – “Transformers: Dark of the Moon,” in which the Decepticons were defeated by the human-robot alliance.

Optimus (voiced by Peter Cullen), the leader of the Autobots and his colleagues have been shunned by those in power for being a threat to humanity. Threatened, they go into hiding. The US government is hell bent on taking them off the planet for good and is assisted by the Central Intelligence Agency (CIA) black ops team.

Meanwhile, KSI – a research group that hopes to build a “better Transformer” led by CEO Joshua Joyce (Stanley Tucci), finds a metallic dinosaur fossil in the Artic that could “change history”. He collaborates with Harold Attinger (Kelsey Grammer), the man behind the black ops team, with an ulterior motive.

On the other hand, an ingenious inventor and scrap dealer Cade Yeager (Mark Wahlberg) finds Optimus Prime, who is trapped in a truck mode, damaged almost beyond recognition. It’s only after he does some work on the core unit of the truck, which stimulates it back to action, that he realises what he’s found.

Tessa (Nicola Peltz), Yeager’s daughter and his business partner Lucas (T.J. Miller) advise him to hand over this robot to the government, but Yeager isn’t so sure. By the time he’s made up his mind, it’s too late. The CIA tracks Optimus on Yeager’s farm. They descend there in order to kill him. Yeager saves Optimus’s life which puts Tessa, Lucas and even his daughter’s secret boyfriend Shane’s (Jack Raynor) life at stake.

What follows is a loud action-packed drama that includes screaming and carnage, with the climax taking place in Hong Kong, where the heroes pursue the antagonists and the dangerous energy source, “The Seed”, that they possess.

The actors, led by Wahlberg and Tucci, perfectly match their robotic counterparts. Wahlberg excels as a concerned and overprotective father and similarly Tucci, backed with a meaningful personality arc, delivers beyond the character. Unfortunately, given the limited opportunity, the chemistry between Peltz and Raynor is missing.

This being the fourth edition, director Michael Bay has ably and artfully managed to hook the audience with a whole new set of human cast, introducing a few new Transformers and giant scale action that is amazingly staged once again.

The comic relief comes in the form of a slew of tongue-in-check dialogues and self-reflexive gags from the previous editions, which makes the dialogue sound cliched and underwritten. It works for the film, but at the same time it reveals a lethargic output from the creative team.

Similarly, if one scans Ehren Kruger’s screenplay with a microscopic lens, you’d notice the impressions of numerous films like “Iron Man”, “Terminator 2: Judgement Day”, “Super 8”, “Jurassic Park”, and “Armageddon”, to name a few, woven into the fabric of “Transformers: Age of Extinction”.