This hilarious video which will make you believe that nothing is perfect and every masterpiece has its own set of flaws! 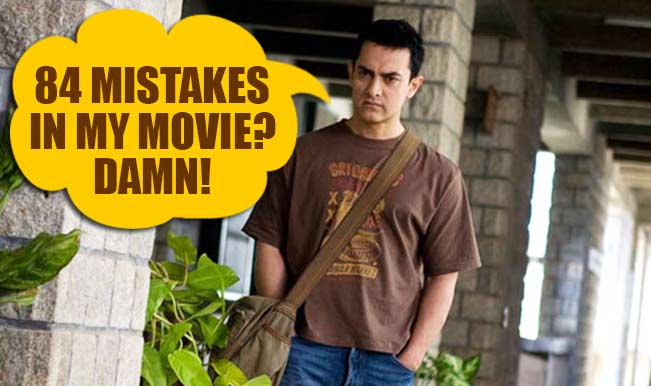 The coming-of-age comedy film 3 Idiots starring Aamir Khan and Kareena Kapoor in lead roles is hailed as one of the best movies to have hit the screens in Bollywood history. R Madhavan and Sharman Joshi were the perfect sidekicks to Mr Perfectionist, doing justice to their roles as college students alongside the star. Also Read - Spotted! Aamir Khan, Shah Rukh Khan, Nushrat Bharucha Papped in And Around Mumbai

3 Idiots went on to become one of the highest grossers of all time when it fetched over a whopping Rs 300 crores! But can a film that is in the list of highest all-time box office collections, and has the biggest superstar Aamir Khan in its lead role, be guilty of committing over 80 mistakes? *Surprised?* Also Read - Shah Rukh Khan Returns as Raj From DDLJ in Aamir Khan's Laal Singh Chaddha - Yes, This is Happening!

It is said that mistakes and Aamir Khan are two parallel lines, never destined to meet. But this nine-minute video created by Bollywood Sins for YouTube will make you think otherwise. Directed by Rajkumar Hirani, 3 Idiots which had Boman Irani playing the antagonist’s role had as many as 84 mistakes in the movie, says the video. (Also Watch: Dhoom 3 bloopers: 138 mistakes in Mr Perfectionist Aamir Khan starrer film? Watch full video)

Yes, you read it right! Isn’t it surprising to hear of 84 mistakes in an Aamir Khan movie? Well, if this number seems less, a little reminder for Mr Perfectionist’s fans that his 2013 film Dhoom 3 had over 125 bloopers. Watch this hilarious video which will make you believe that nothing is perfect and every masterpiece has its own set of flaws! (Edited by Shweta Parande)