MTV Roadies: Raghu Ram and Rajiv Laxman out, Esha Deol in – will she match the level of the twin hosts?

MTV’s popular reality show, Roadies, will get a new celebrity host this season. 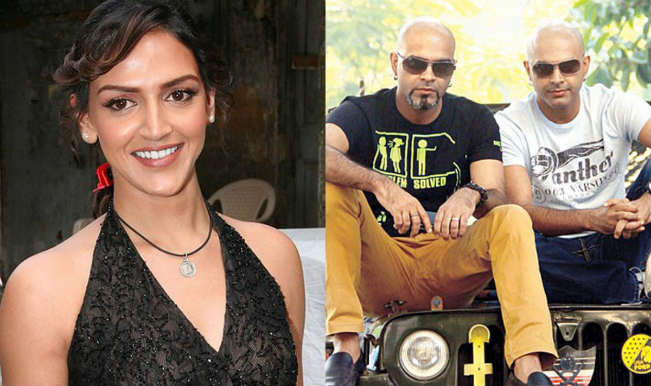 MTV’s popular reality show, Roadies, will get a new host this season. Yes, you heard it right. Raghu Ram and Rajiv Laxman will not be hosting the show any more. But guess who has been roped in for it as the host. It’s Dharam Paji’s daughter and Bollywood actress, Esha Deol who has been offered the reality show’s Season 12! Also Read - 'Shamelessly Endorsed by Brahmanical Purity': Kent RO Apologises For Ad Demeaning Domestic Help, Hema Malini Clarifies

Despite being the daughter to legion actors Dharmendra and Hema Malini, Esha couldn’t make it big in the film industry. Not that she didn’t get a chance to do good movies, but her not-so-impressive acting skills couldn’t save her dripping acting career. Her debut film Koi Mere Dil Se Poochhe released in 2002 and did garner her a lot of appreciation from film critics. Besides, she also earned a number of awards and nominations including Filmfare Award for Best Female Debut. Also Read - Neha Dhupia on Working From Home For MTV Roadies: In The Middle of Auditions, I Heard Mehr Cry

However, the Deol girl couldn’t live up to the elevated expectations of the industry and the audience although she was appreciated in Yuva and Dhoom.

Esha then decided to get hitched to her businessman boyfriend, Bharat Takhtani, on June 29, 2012. After two years of marital bliss, the Darling actress has decided to make a comeback into showbiz. Nonetheless, the comeback will not be as an actress but as a host for television’s most celebrated reality show Roadies.

Raghu and Rajiv have been reigning on the show with their no-nonsense attitude, but the coming season will have to do without the twins. However, the ex-Roadies contestant and winner Rannvijay Singh will continue to host the show. The twins have always ensured that Roadies had good TRPs with all the drama that went on the show in all the 11 seasons.

Buzz is that the tele-actor Karan Kundra and boxer Vijender Singh will join Esha as the celebrity guests this season. Karan and Vijender have been known faces on the small screen and could play an instrumental role in getting TRPs for the new Roadies. But will Esha live up to the expectations of the audience? Will she fit into Raghu and Rajiv’s shoes in Roadies 12?

We hope Esha Deol has not just been roped in to elevate the glam quotient of Roadies and will add some spice to the controversial show!