Aishwarya Rai Bachchan has opens up about motherhood and the fun she has had bringing up little Aaradhya! 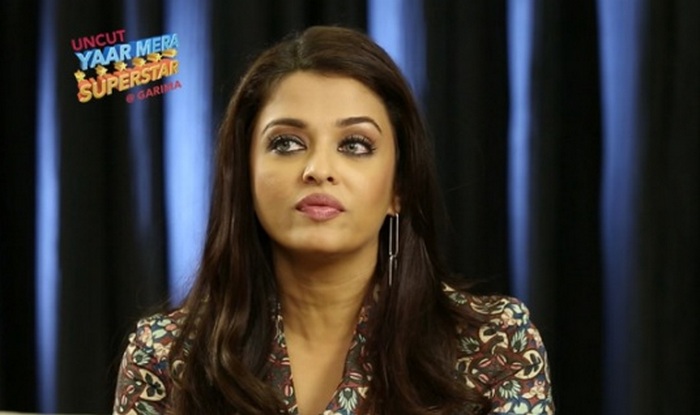 Bollywood beauty Aishwarya Rai Bachchan has always believed in being a hands-on mother and she even went in for a normal delivery for her daughter Aaradhya Bachchan. Aishwarya, a former Miss World, is a modern working woman but one who prefers to experience all the joys of motherhood. She gets talking about her daughter Aaradhya Bachchan and the experience of being a mother and nurturing her. This video by Zoom’s Garima Kumar on her show Yaar Mera Superstar is a must watch because, Aishwarya Rai Bachchan has opened up about motherhood and the fun she has had bringing up little Aaradhya! Also Read - Shah Rukh Khan, Ranbir Kapoor, Fardeen Khan – Get Ready For These 9 Bollywood Comebacks In 2021

The diva speaks about how she manages her work with her time for Aaradhya. Even to make time for this interview, she first dropped Aaradhya off to school on her way! That’s just like any other ordinary woman, isn’t it? It’s heartening to see that Aishwarya believes in doing everything for her child and not seeking help! Also Read - Aishwarya Rai Bachchan Expresses Her Love For Darling Angel Aaradhya in Birthday Post, Check Their Adorable Family Selfies

“I’ve become a mother. Obviously, I want to experience motherhood. Why would I want to just dedicate and leave it be? I haven’t just brought a child in this world ke bas ho gaya,” she says. She also thanks the professionals she has been working with because, they give her enough time with her daughter. “So far it’s been great; everyone’s been lovely,” she says. At the same time, she is mature enough to understand that those women who take help in that department probably have other compulsions.

Aishwarya gets all animated when she talks about Aaradhya’s love for drawing! She also remembers the first time Aaradhya said ‘Maa’. Aishwarya also reveals that Aaradhya is very comfortable with the media around her, as she has seen it from birth. (ALSO READ: Romance on Twitter for Aishwarya Rai Bachchan and Abhishekh Bachchan)

As the interview progresses, Aishwarya also talks to Garima about her own childhood, and then about her latest film Sarbjit. She also says that her own life cannot be put onto celluloid in a mere two hours! Watch this video to know more! (Photo and video courtesy of Zoom.)