Naagin 5 January 24, 2021, Written Episode: Bani Wants to Save Veer From Her Enemies, Asks Jay For Help

Naagin 5 January 24, 2021, Written Episode: Tonight’s Naagin 5 episode starts with good news for Bani and Veer as they are soon to become parents. As soon as Bani reaches home, she feels low and seeing her like this, her sister Meera calls the doctor for her check-up. When lady doctor comes for Bani, Jay takes the doctor’s character to visit Bani in her room. He mixes a magical liquid into the water and tells Bani to drink it. Jay as doctor forces Bani to drink the liquid which he says it is supplements.Also Read - Mouni Roy Makes For a Stunning South Indian Bride in a White And Red Silk Saree, Gajra And Mathapati

Meanwhile, Bani hears a child crying. Even Veer, who is outside the room, hears a baby crying loudly. As soon as Jay gives the liquid to Bani, Veer enters the room and throws the glass with poison in it. Veer is drunk and tells Bani that from where he is listening to the crying baby. Also Read - Bigg Boss 15: Karan Kundrra Demands THIS From Tejasswi Prakash’s Parents After They Say ‘Rishta Pakka’

Bani comes to know that the crying baby’s voice is coming from her stomach as she is pregnant. In the episode, Bani is seen talking to her baby and telling that ‘your father is an amazing human being, he has left alcohol for me’. Bani goes to Veer’s room and talks to the baby. As soon as Veer gets up, he says that he has fallen in love with Rani. Also Read - Anupamaa Big Update: MaAn Fans Can’t Keep Calm as Anuj Kapadia Wards Off Evil Eye For Anupama 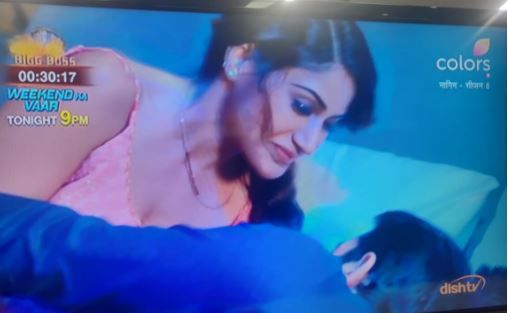 Bani gets pissed off with the plan of taking Rani’s avatar. When Meera convinced Veer of calling Rani to the farmhouse for a party, Veer, on the other side, asked Meera to call Bani as a maid to clean the whole farmhouse. Bani wants to take Jay’s help to get rid out of these problems.

Jay gets irritated with Aghori baba as he couldn’t kill Bani even this time. Jay thinks that Baba helped Bani so he killed Baba by biting him by taking naag’s avatar.