The audiences will still have to wait and watch what really happens and how Shakti and Neha leave the show midway! 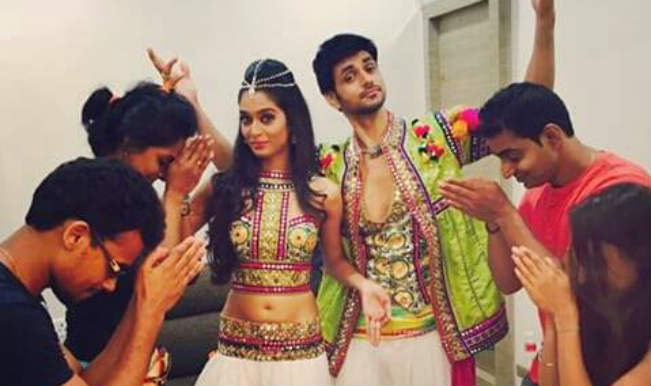 Nach Baliye 7’s curtain raiser is not far away but after the shoot of its first episode, we have been getting lot of rumors about the contestants. Meri Aashiqui Tum Se Hi’s lead actor Ranveer aka Shakti Arora participated in the dance reality show with his beautiful baliye, Neha Saxena. But now rumuor has it that the duo have been eliminated from the show. (Read: Nach Baliye 7 promo: Lovers Shakti Arora-Neha Saxena poised to set the stage on fire (Watch Video)) Also Read - Smriti Irani, Ekta Kapoor Celebrate 21 Years of Kyunki Saas Bhi Kabhi Bahu Thi: 'Journey That Changed Many Lives'

Before Nach Baliye 7, we saw Shakti and Neha also participated in the cookery show Rasoi Ki Rani that aired on BIG Magic channel. Neha was renouned for her popular role as Dhaani Ambar Raghuvanshi in Sajan Ghar Jaana Hai. With Ekta Kapoor being the producer of Nach Baliye 7 and Meri Aashiqui Tum Se Hi, Shakti makes his way back in and has introduced a new character in the show – Shikhar aka Arjun Bijlani. Even Shakti accomadate dates despite his busy shooting schedules. Also Read - Pavitra Rishta 2.0 Casting Finalised: Ankita Lokhande Back as Archana, Shaheer Sheikh is New Manav?

Recently we informed the audiences that they will be able to see Shakti and Neha for the initial two weeks, but then the couple will leave the show thereafter, as Shakti is the lead actor of Meri Aashiqui Tum Se Hi. It seems like Ekta has made Shakti’s life easy so that he is able to juggle his time with the daily soap as well as the reality show.

The rumour of Shakti and Neha’s early exit from the show came as quite a shock to audiences. We know it’s harrowing for Shakti and Neha’s fans, but all we can do is wish them good luck for their performances! Ekta Kapoor has changed the format of the show and now the contestants will be locked in a house and will leave the place only when they are eliminated from the show. They won’t be allowed to communicate with the outer world unless there is some emergency.

There is a rumour which state that Shakti himself wants to get back to his show and he even confessed that there was a family emergency behind his comeback and that the channel had to do nothing with his decision.

There are various rumours getting doing the rounds and we also heard that the channel forced Shakti to decide between the two shows and the actor chose his daily soap over the dance reality show. The audiences will still have to wait and watch what really happens and how Shakti and Neha leave the show midway!