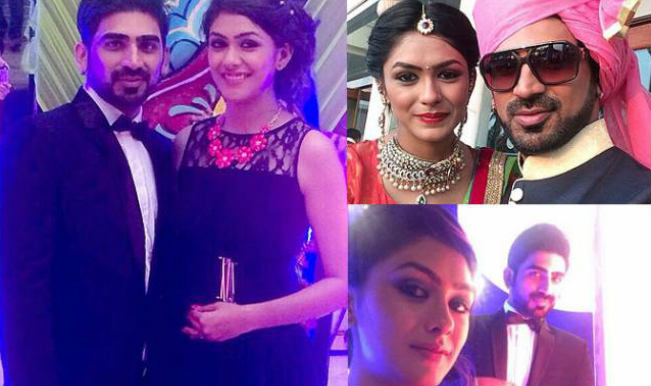 The much popular dance reality show Nach Baliye 7 witnesses one more elimination. Yes, week 8 is all set to witness Kumkum Bhagya’s Bulbul aka Mrunal Thakur and her baliye Sharad Tripathi’s elimination. After showing some really enviable exuberance and some really formidable performances the duo had to bid adieu to the show. Nach Baliye has four more weeks to go to decide the winners. After last week no elimination round where Preity Zinta put smile on ever contestant’s pair by declaring that there will be no exit round this week, this is the first elimination. Also Read - Television Hottie Anita Hassanandani Looks Like a Lady Boss in Grey Pantsuit - See Pics

Mrunal has been dating one of the renowned writers of Balaji Telefilms. Sharad Chandra Tripathi began his successful career writing for some of the popular Ekta Kapoor shows. Sharad Chandra Tripathi and Mrunal Thakur has been in a relationship for quite some time now. The two have been frequently spotted together at various events and public gatherings. According to an entertainment website, Sharad and Mrunal are more than friends and share a great level of compatibility. But their presence on the show confirmed the news of their solid compatibilty, chemistry and commitment. Also Read - Erica Fernandes-Parth Samthaan Colour Nach Baliye 9's Stage Pink With Love And THESE Pictures Are Proof!

In the days to come the dance reality show is going to get more exciting. We are anticipating more wild card entries. A secret birdie chirps to us that there are few surprise in store as far elimination is concerned–with double elimination rounds kicking in soon. Now you tell us folks, do you think  Mrunal Thakur and Sharad Tripathi’s elimination was justified.