We hope Ekta focuses more on dance than focus solely on TRPs. 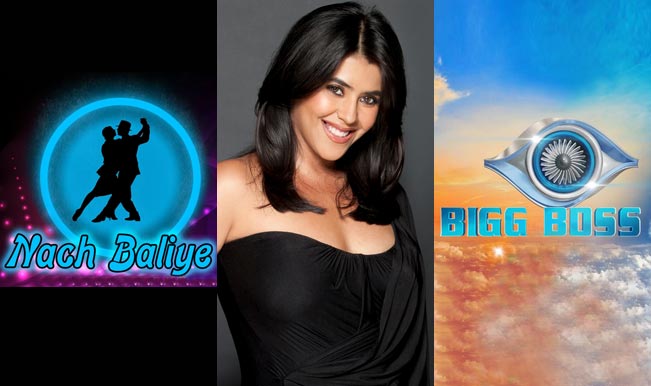 Also Read - 'You Are a Dog,' Ieshaan Sehgal Gets an Earful From Rajiv Adatia For Dating Miesha Iyer in Bigg Boss 15

Nach Baliye 7, the most entertaining dance reality show will begin from April 26th on Star Plus. The show will showcase the best dancing talent from Bollywood and TV – celebrities who dance with their partners or baliyes. There are rumors that state that Nach Baliye 7 show has always been a weekend show but this time the makers of the show have come up with a new twist, which promises to make the show even more entertaining. Being produced by Ekta Kapoor, who has changed the previous format and wants this show to toe the line of Bigg Boss. The dance reality show will air around 11:30 every weekday and 8 pm on weekends on Star Plus. (Read: Nach Baliye 7: Upen Patel and Karishma Tanna rehearse for the dance reality show! (In Pics)) Also Read - Bigg Boss 15: Not Vidhi Pandya But Simba Nagpal Should Have Been Eliminated | India.com Twitter Poll

Contestants would be assigned with several dancing challenges, which will display their compatibility and adaptability levels. Nach Baliye 7 show would be co-hosted by TV stars, Karan Patel and Rithvik Dhanjani. Finally, the makers of Nach Baliye 7 have selected their topmost jodis, who would be seen toiling it out to win the title and even votes of their fans. The show’s makers were trying hard to rope in the best couples from the television world on the show. Also Read - 'Karan Ko Hi Winner Bana Do' Netizens Call Bigg Boss Unfair, Remind How Kushal Tandon and Zeeshan Khan Were Eliminated

The contestants would be living in a locked house, as shown in Bigg Boss and will leave the house once they are eliminated. We already told you that Preity Zinta, Chetan Bhagat and Marzi Pestonji will be on the panel of judges.

We seriously thought that Nach Baliye was all about dancing and now that Ekta Kapoor is the producer of the show, audiences will be on the edge of their seats. Changing the format of the show was not required — especially integrating the elements that audiences saw in Bigg Boss, which may not go down well with the show’s loyal audience. We hope Ekta focuses more on dance than focus solely on TRPs.