So Nach Baliye 8 is a premiere dance reality show for the celeb couples and it is one of the oldest of it’s kind too! Now, though the formula of the show is pretty done to death, the makers added a surprise element to the show after roping in Baba Ramdev as its celebrity guest! Whoa we know that Baba Ramdev is a yogi of an international repute and already has fans in Bollywood (read: Shilpa Shetty). There are are many who follow his lifestyle and Yoga techniques for a fit and fab figure and so he graced this dance reality show! What did he do there? He taught Yoga to all its judges and the contestants, naturally so.Also Read - Bhuj-The Pride of India Leaked Online, Full HD Available For Free Download Online on Tamilrockers and Other Torrent Sites

We have the HQ pictures of everything that transpired on the sets of Nach Baliye 8 when Baba Ramdev arrived. Here is Sonakshi Sinha doing some pretty intense poses with him. And you would be surprised to know that Brent Goble who is Ashka Garodia’s boyfriend impressed Babaji with his  Yoga. Look at the way he is doing Shirsasan (standing on one’s head) and you would be amazed. Other judges Mohit Suri and Terence Lewis too joined in. Watching them doing Yoga would inspire you surely.  Check out all the HQ pics of the Nach Baliye 8 contestants and the judges with  Baba Ramdev. ALSO READ Nach Baliye 8: Pritam Singh- Amanjot Kaur and Siddharth Jadhav- Trupti make their way back as WILD CARD entrants! Also Read - This Independence Day, 15 Legends Including Lata Mangeshkar, Amitabh Bachchan Come Together For Patriotic Song 'Hum Hindustani' | See Poster 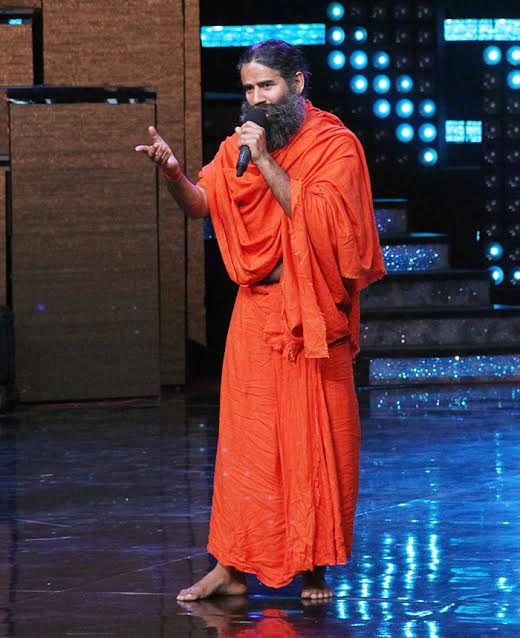 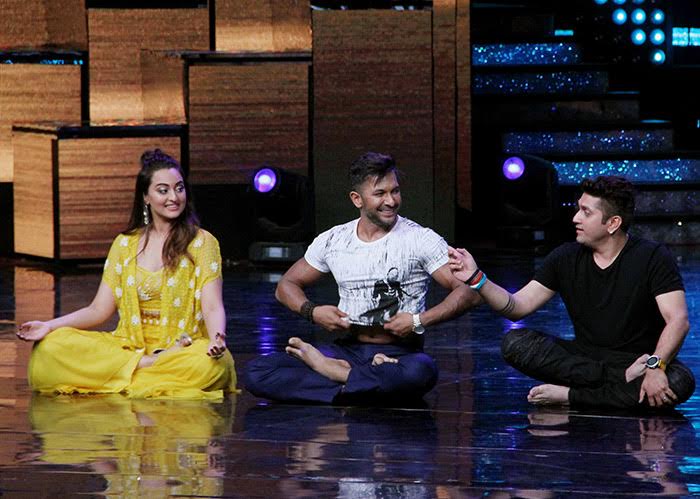 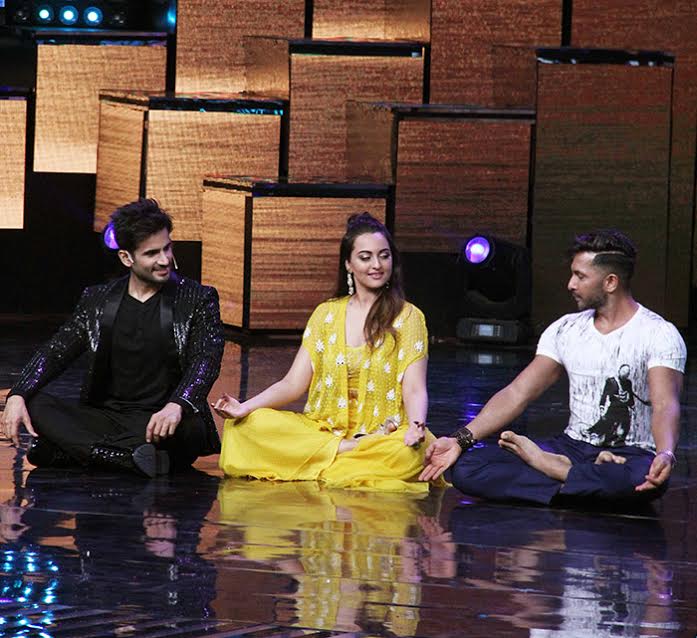 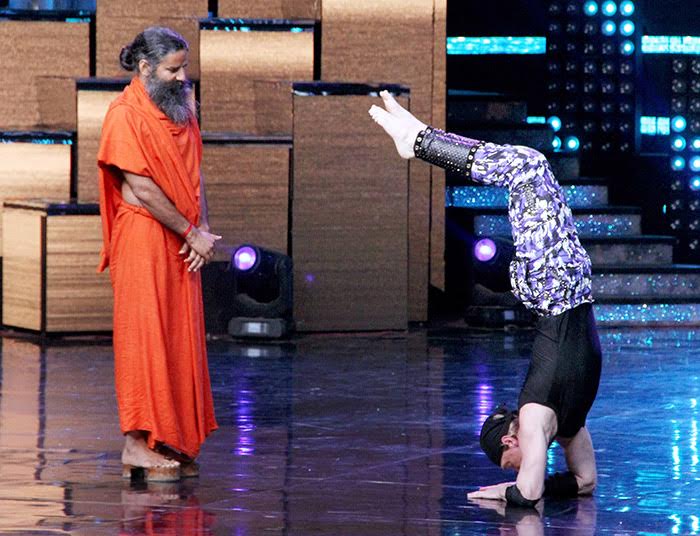 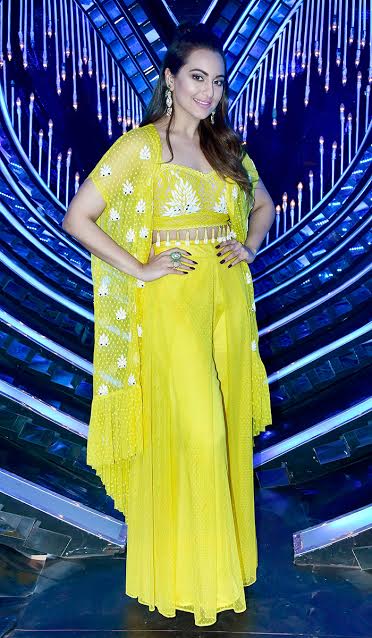 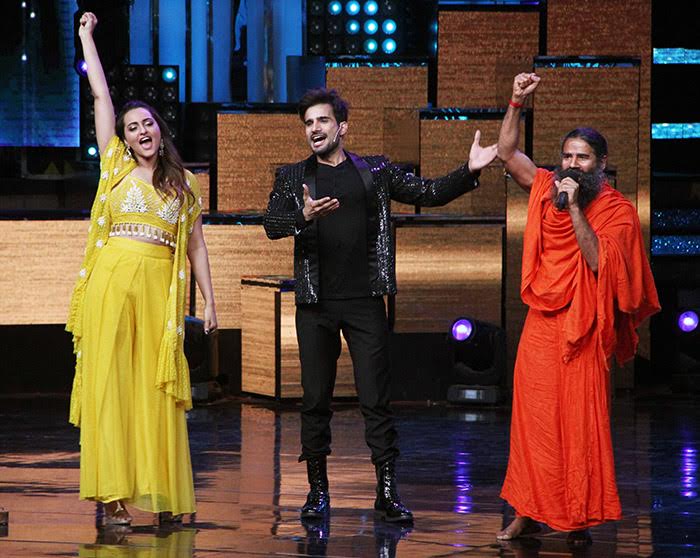 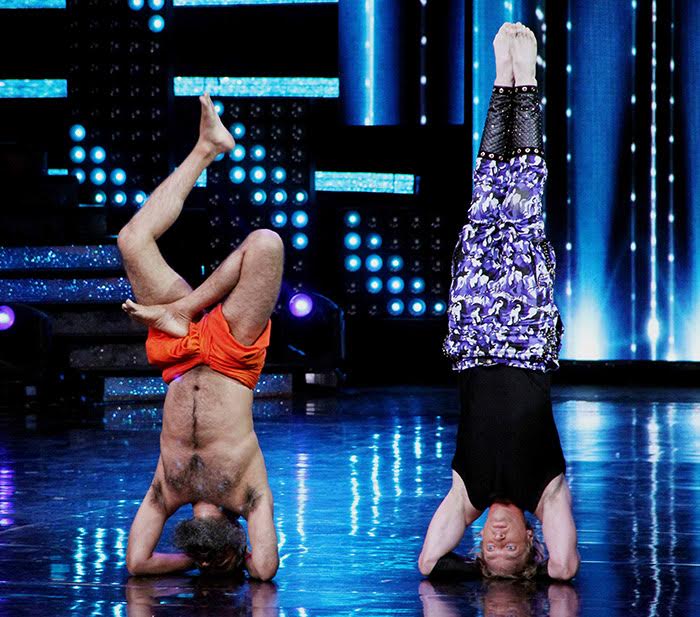 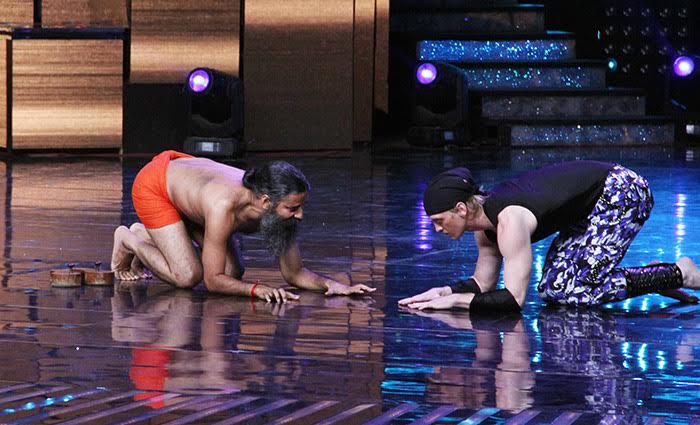 Sonakshi Sinha is currently shooting for Shah Rukh Khan’s production Ittefaq with Sidharth Malhotra. Her last release was Noor which did not impress masses a great deal. She was also in the news for making controversial statements and indulging in an online fight with singer-composer brothers Armaan and Amaal Malik .