Naga Chaitanya Is Worried About Getting Enough Screen Space In Film With Samantha; While She Is Excited About Movie With The Husband (PIC)

Samantha Ruth Prabhu, now Samantha Akkineni and Naga Chaitanya have been giving us love goals ever since they got married last year. But before becoming a real life couple, the two actors played reel life lovers in films like Ye Maaya Chesave, Manam and Autonagar Surya and now, Chaysam is all set to reunite again for director Shiva Nirvana’s yet untitled project, to be produced by Sahu Garapati and Harish Peddi’s Shine Screens. The film, also titled NC17, is all set to go on the floors in the second half of 2018. Chaitanya took to Twitter today to share the announcement poster of the film with a beautiful message. Also Read - Samantha Ruth Prabhu’s Floral Embroidered Jumpsuit is A Perfect Pick for Your Next Festive Gathering

He posted, “Happy to announce my next, directed by Shiva and produced by Shine Screens. Will be sharing screen space (if she gives me any) with my better half Samantha. Feels good to be back to being able to take you through another journey of love.” And Samantha, who has been quite expressive on social media about her love and fondness for her main man, had the best reaction to this. She replied to the tweet revealing how excited she is and then shared the poster on her Instagram story which further revealed how she cannot wait to get on the sets with her hubby dear. Check out the tweets and Instagram post below: Also Read - Samantha Akkineni Says #SorrySara, #SorryRakul After Internet Apologises to Sara Ali Khan, Rakul Preet Singh Over False Drug Allegations

Happy to announce my next directed by shiva produced by @Shine_Screens and will be sharing screen space (if she gives me any 😉 )with my better half @Samanthaprabhu2 ..feels good to be back to being able to take you through another journey of love pic.twitter.com/EePspkMlPQ Also Read - Hariyali Teej 2020 Wishes: Quotes, WhatsApp Status Messages And Greetings to Share on This Day 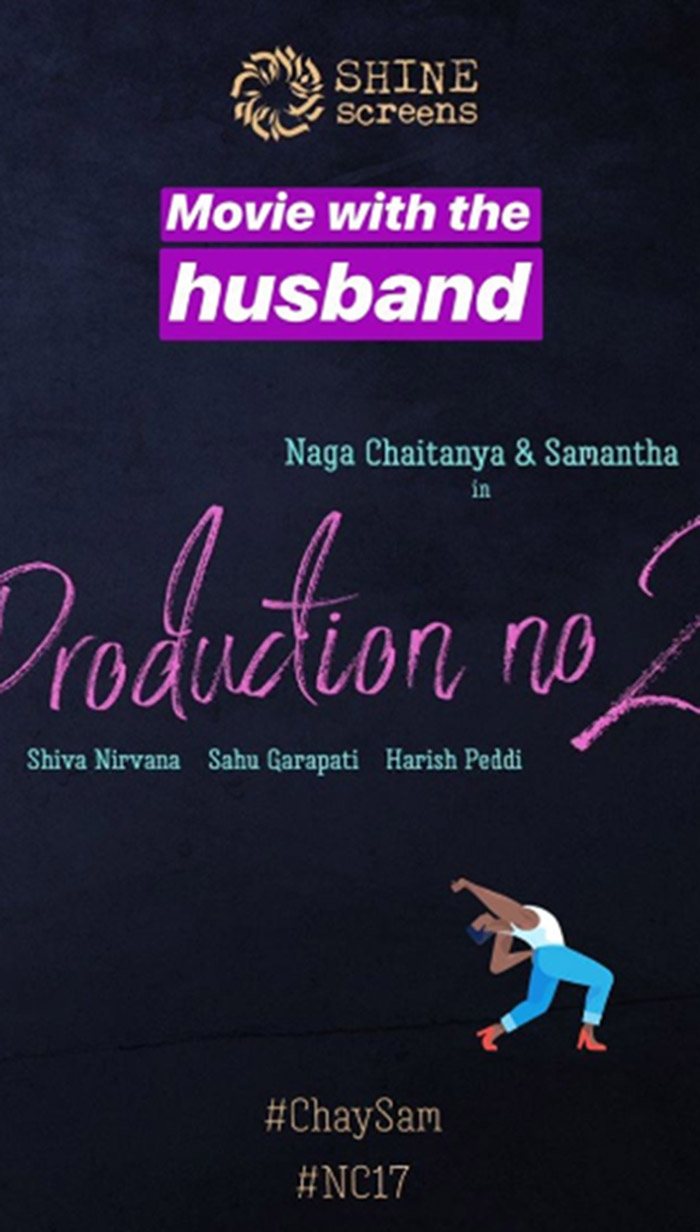 This will be the fourth film with Chaysam romancing each other and buzz is that the film #NC17 will be an intense love story which will instantly strike a chord with the audience and masses. Director Shiva Nirvana rose to fame with his directorial debut Ninnu Kori (2017).