Mother India Nargis is widely known as one of the first iconic actors of independent India. 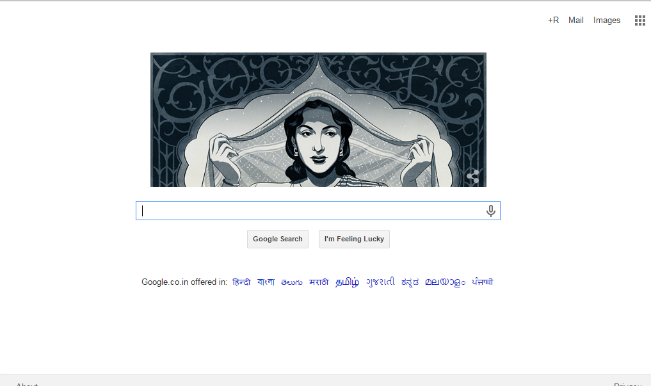 Legendary Indian actress Nargis was felicitated on her birthday by Google’s search engine through a doodle of her image on her 86th birthday. Nargis, born on June 1, 1929, started out as a child actor in Hindi cinema but soon became one of the first iconic actors to emerge out of independent India. Barsaat (1949), Awaara (1951), Shree 420 (1955), Chori Chori (1956) went on to find a place in the archives of Indian cinema but the role Nargis went on to be synonymous with was Mother India (1958). Also Read - Google Doodle Honours Cancer Research Pioneer Dr. Kamal Ranadive on Her 104th Birthday

It was during the shoot of Mother India that Nargis met and fell in love with her husband, Sunil Dutt. The duo had three children, Priya Dutt, Namrata Dutt and popular actor Sanjay Dutt. Post her marriage, Nargis immersed herself in plenty of social activities and was one of the pioneers behind The Spastics Society of India. Also Read - Google Doodle Celebrates Japan’s 'Father of Judo' Kanō Jigorō’s 161st Birthday

She was also elected as a member of the Rajya Sabha later on in her life but her life was cruelly cut short and died at the age of 51 after a long battle with pancreatic cancer. Posthumously, Nargis has commemorated with plenty of awards and has received widespread praise from audiences and critics alike for her supreme grace, beauty and histrionics.