Neerja: The Voice of Neerja Bhanot, as heard for the last time on Pan Am Flight 73! (Listen)

She was brave, she was courageous, and she died in the line of duty. Pan Am flight purser Neerja Bhanot, on whose life the Bollywood film Neerja has been made, was an Ashok Chakra awardee. One cannot imagine what may have happened on that fateful night on September 5, 1986, when a group of terrorists belonging to the Abu Nidal organisation hijacked a Pan Am plane. Neerja showed extraordinary courage in saving 359 lives including three children, even as the pilots had to leave the aircraft as per protocol. Also Read - Sonam Kapoor And Husband Anand Ahuja Move Out of India Amid COVID-19 Pandemic, Reach London

Neerja Bhanot died on September 5, just two days before her birthday. She was a model, and had shot for a television commercial the day of the unfortunate incident. Her mother Rama Bhanot, played by Shabana Azmi in Neerja, had then suggested she take leave on the day because of the ad shoot. But Neerja being a professional joined duty as soon as her shoot was over. Unfortunately, the plane was hijacked and the braveheart was killed. (ALSO READ: Neerja will be an important film in Sonam Kapoor’s career: Shabana Azmi – Exclusive) Also Read - Shubham Mishra Arrest: From Swara Bhaskar to Pooja Bhatt, Celebrities Laud Vadodara Police Action Against YouTuber

Neerja the film is directed by ad filmmaker Ram Madhvani and produced by Atul Kasbekar’s Bling Unplugged with Fox Star Studios. The film releases on February 19, 2016. The film’s lead cast includes Sonam Kapoor, Shabana Azmi and Shekhar Ravjiani, but the people playing the passengers are as important to the film, says Madhvani. ALSO READ: Neerja’s foundation is the actors playing the 250 passengers: Director Ram Madhvani 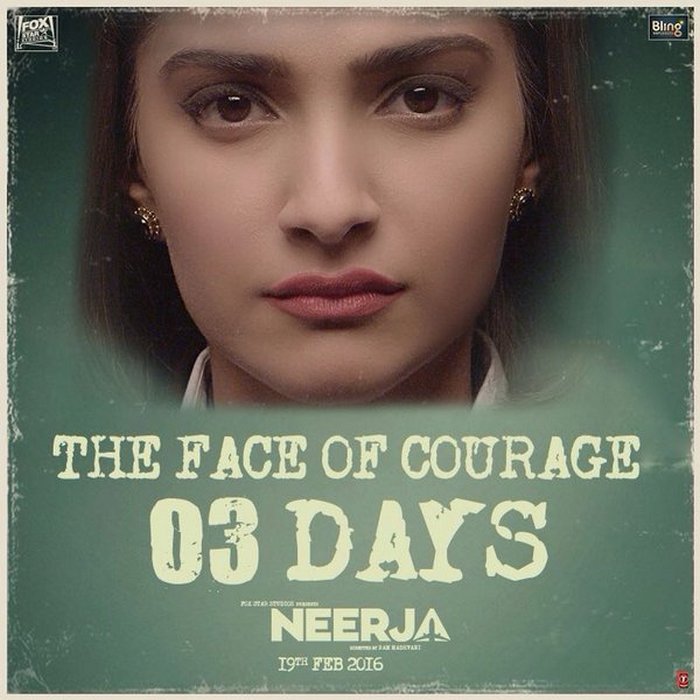 Are you watching Neerja this Friday? Book your tickets now!