Kapil Sharma’s It’s Not Done Yet Trailer Release: On Monday, Netflix released the trailer for celebrity comedian and TV host Kapil Sharma‘s first special comedy event, ‘I’m Not Done Yet.’ He will be shown talking about his desire to continuously reinvent himself, pushing his creative talent, and openly acknowledging that he’s not done yet. In his upcoming Netflix standup special, Kapil Sharma is shown reminiscing about his history, opening up about his family, his social media blunder.

Fans swamped the comment section as soon as Kapil released the trailer, praising him for being his uncensored, honest self. One of the fans wrote, “Can’t wait for it sir good luck” and the other one wrote, “Waiting for 28th January.” However, it was netizens’ appreciation for Kapil Sharma’s wife Ginni that got our attention. While his followers labelled Kapil ‘The King of Comedy,’ they referred to his wife Ginni as OP (original player) in the comments section, and we couldn’t agree more.

Take a look at the reactions: 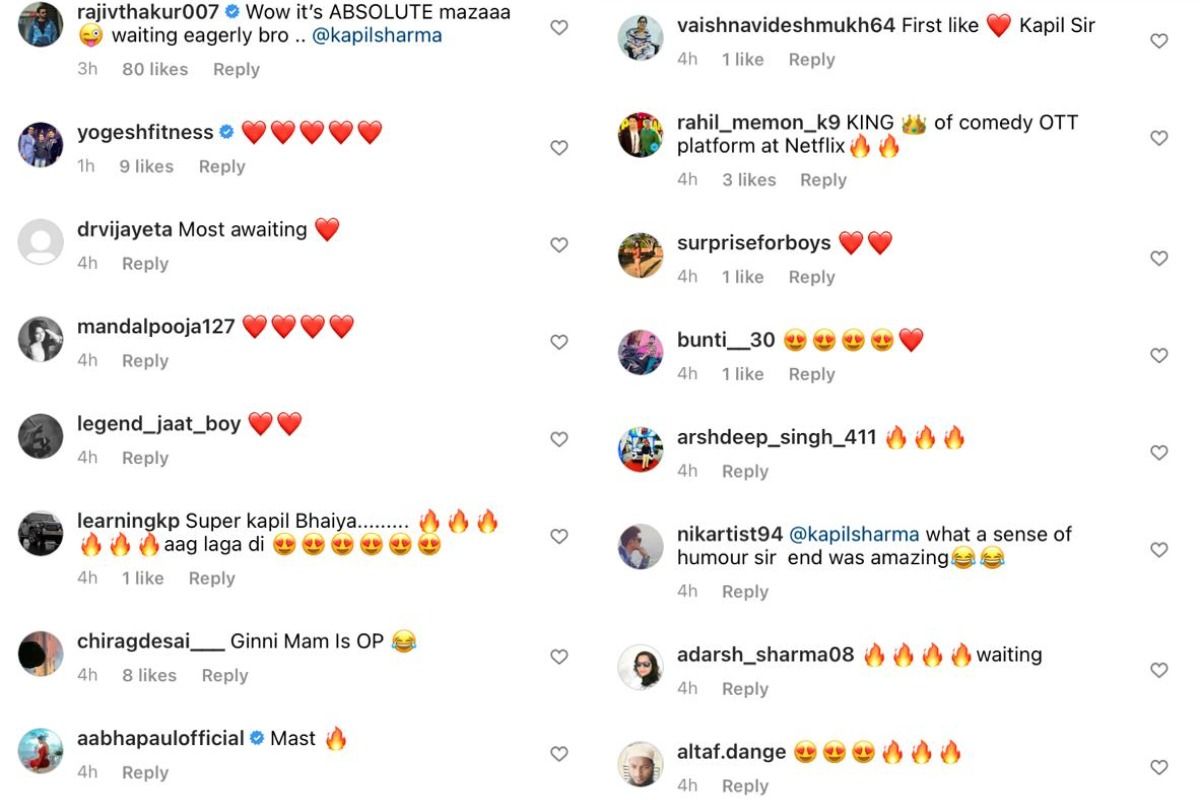 Some of his gigs in the trailer included:

“I feel I’m not done yet,” Kapil says in the trailer, “these statements go really well with my life.” He reveals that his wife Ginni threw a pillow at him and screamed, “We’ve had two kids in a year and a half, what’s your plan?” when he was practising the line in front of the mirror at home.

Kapil Sharma confronted PM Narendra Modi about his controversial tweet and how OB vehicles gathered outside his house the next morning. “I believed they were fire department vans,” he explained. He inquired his cook as to whether or not there had been a fire. “You started one on Twitter!” his cook replied. “Not all the tweets were mine, some were from Jack Daniel, You can’t ‘black label,’ I mean blacklist,’ some artists based on that,” Kapil added.

Kapil Sharma is here to tease our funny bones with his raw charisma and authentic personality. The stand-up special is produced by Banijay Asia and BeingU Studios. It is slated to drop on January 28. How excited are you to witness his upcoming gig? Let us know.