The eighth annual Film Bazaar, which concluded Monday, helped many filmmakers connect with producers, distributors and critics from various countries. It saw participation of over 1000 delegates from over 38 countries including Canada, China and Switzerland. 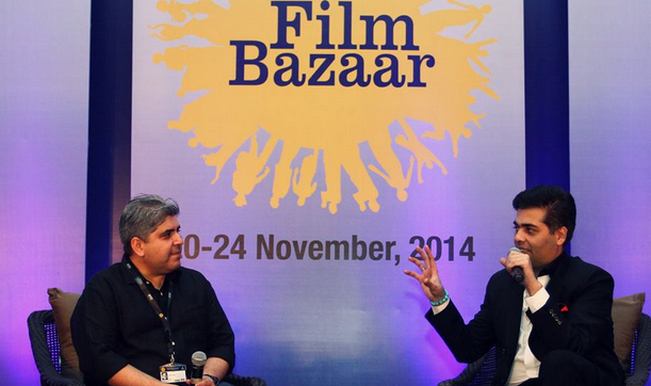 Panaji, Nov 25: The eighth annual Film Bazaar, which concluded Monday, helped many filmmakers connect with producers, distributors and critics from various countries. It saw participation of over 1000 delegates from over 38 countries including Canada, China and Switzerland. Organised by the National Film Development Corporation (NFDC), Film Bazaar served as a converging point for film buyers and sellers from all over the world. “There were 1,050 delegates this year,” Nina Lath Gupta, managing director, NFDC India, told IANS here. Also Read - Bollywood News Today, April 8: Vicky Kaushal, Parineeti Chopra, Dia Mirza And Other Celebs Enjoy The View of Pink Supermoon

This year Film Offices was one of the new segments that was introduced at Film Bazaar. Film Offices had state or country tourism boards and country film commissions with a dedicated office which allowed them to introduce and pitch their respective tourism board or film commission to delegates of the film fraternity. Also Read - Karan Johar Shares Roohi’s Adorable Video Playing Guitar, Singing ‘Old MacDonald Had A Farm’

Another section, Investor Pitch had been launched too. There were two sessions – the first one was on pitching scripts in the romance genre and the second was for pitching films that were looking for completion funds. Also Read - Karan Johar's Son is His Fashion Police, This Adorable Video is Proof

There was Romance Screenwriters’ Lab too that focused on developing scripts based on romance and women-centric plots. This time Work-in-Progress (WIP) Labs was divided into WIP Fiction and first WIP Documentary. In each WIP Lab, selected projects in their rough-cut stage were presented to a panel of international film experts for their feedback.

“I come from Bollywood circuit. Here, I met writers, curators, producers who are all passionate about cinema. I learnt a lot by interacting with them. I felt like I was the most important person on planet,” Ashwiny Iyer Tiwari, whose film “Nil Battey Sannata” was selected for the Work-in-Progress lab (fiction), told IANS.

“Everyone gave me feedback on my film. I also got international perspective. People from US, London, Italy watched my film too. Initially, I wondered whether they would like my film or not because it is an Indian drama. I also used sufi music and they liked it. I think if the story is universal, language doesn’t matter,” added the wife of Bollywood director Nitesh Tiwari.

“We didn’t invite popular filmmakers for their celebrity status. Success comes after a certain level of achievement,” said Gupta.

Asked if NFDC would like to have young successful Bollywood actors-cum-producers like Priyanka Chopra and Ranbir Kapoor in future editions, she said: “Why not? They will be value addition”.

This year, two new sections were introduced in the Viewing Room: World Cinema and Available for Remake.

Shiladitya Bora, who hails from Assam and is based in Mumbai, is making his directorial debut with the international project titled Minefield, a political thriller based on the true accounts of a Liberation Tiger of Tamil Eelam functionary who was an avid film buff.

It was showcased at the Film Bazaar Co-Production Market. And, Bora, who has been trying to make movies since 2002, considers it as a good platform.

“NFDC gave us a great platform. There is something for everyone. It is good for initiating conversation. I want to premiere my film at top international festivals. I am still doing my research. I am not worried about the release,” said Bora, whose film boasts of some heavyweight producers like internationally acclaimed Sri Lankan filmmaker Prasanna Vithanage, Deepak Sharma, chief operating officer, PVR Pictures and Manish Mundra.

Actor and politician Vani Tripathi, who was one of the panelists during the Film Bazaar, also had positive words about it. She said: “It is the only platform that allows experienced filmmakers to connect with emerging ones. This year’s edition of Film Bazaar was brilliant, vibrant and comprehensive.”