Not Just Sonam Kapoor, Even Anand Ahuja Changes His Name After Marriage And We’re Impressed

Sonam Kapoor and Anand Ahuja got married on May 8 this year after dating for almost 2-3 years. Even though the couple had been dating for that long and their social media posts were testament of that fact, they never publicly admitted to it, till their families made an official announcement of their wedding on May 1. The couple had an intimate wedding in the midst of close friends and family at Sonam’s aunt, Kavita Singh’s bungalow, in Bandra. Within a few hours after the wedding, Sonam changed her social media handles to Sonam K Ahuja.Upon doing so many questioned her rush to change her last name. They also questioned her decision to take her husband’s surname and questioned if it was in line with her feminist thought process. Well, today Anand changed his name as well, leaving everyone stunned. Also Read - After Anushka Sharma, Sonam Kapoor Turns Hair Stylist For Anand Ahuja During Quarantine- Watch

Today, Anand also changed his name on his social media account. He edited it to ‘Anand S Ahuja’, S for Sonam. The Neerja actress shared this on her social media account and posted, “This is why he’s the man’. Check out Sonam’s post. She,however, deleted the post later. Also Read - 9 Baje 9 Minute: Sonam Kapoor Slams People Bursting Crackers, Says 'Dogs Are Freaking Out' 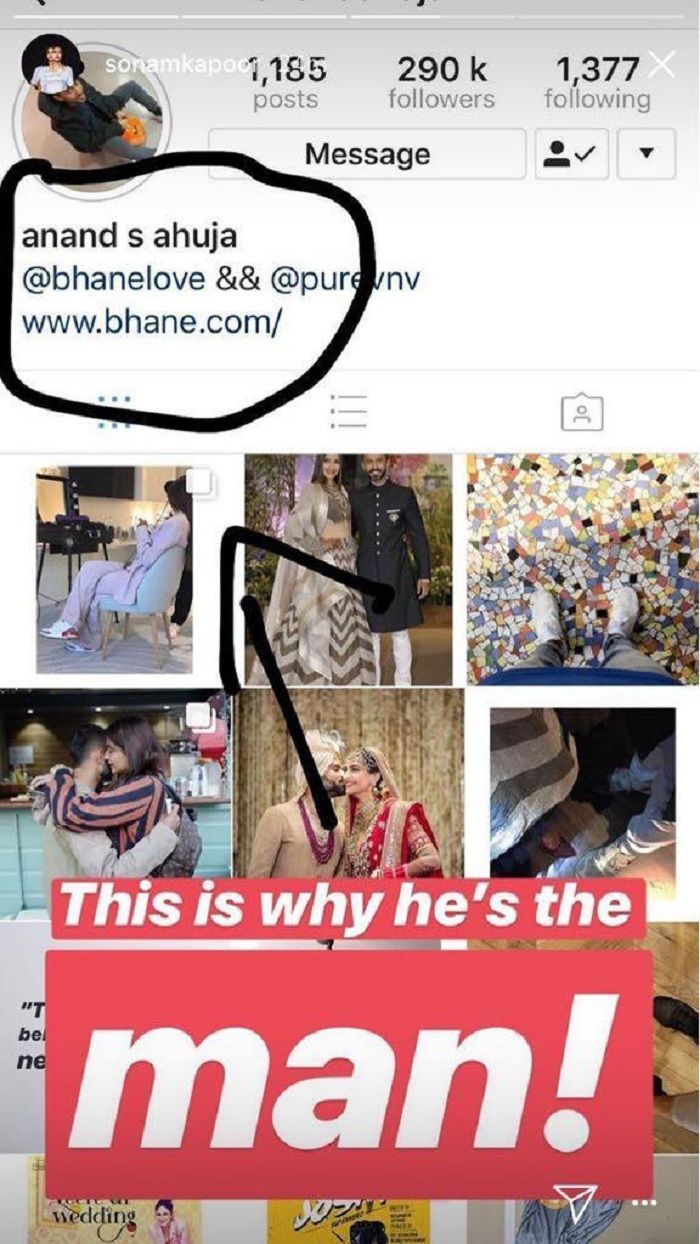 When asked about her decision to add her husband’s name almost instantly after tying the knot, Sonam had said, “I have been engaged for a long time. It took me a long time to decide. It’s a choice, at the end of the day.” Furthermore, she said that it was her choice to adopt her husband’s last name. She said, “And if people don’t understand the concept of feminism, they need to go online and look at the description. And how do you know Anand has not changed his name?” Well, while we earlier didn’t know what she was talking about, we now know it, and we must add that we’re mighty impressed. What about you? Let us know in the comments’ section below.