After allegations of black magic, Bollywood actress Kangana Ranaut now has to face accusations of hypnotism!

Like they say, “Picture abhi baaki hai mere dost!” There are a lot more things to be revealed about Bollywood actress Kangana Ranaut – or so it seems. Her ex-boyfriend Adhyayan Suman jumped into her ongoing legal battle with actor Hrithik Roshan, and alleged that she performed black magic on him when they were dating. In an interview to a daily, Adhyayan had given a detailed account of Kangana’s alleged black magic and also revealed that she abused him physically. Now, if that wasn’t shocking enough, Adhyayan’s parents, actor Shekhar Suman and his wife Alka, have revealed more details about their son’s ex-girlfriend. Also Read - ‘Take Their Heads Off’! Kangana Ranaut's Twitter Account Restricted For Allegedly Inciting Violence

In an interview to ABP, Shekhar Suman and Alka have alleged that Kangana hynotised their son Adhyayan! They also said that she treated their son badly, making him stand behind her in front of the media as if her were her bodyguard. Also Read - Hyderabad Swimmer Who Saved People From Suicides Starts 'Sonu Sood Ambulance Service'

Shekhar Suman told the TV channel, “One day my wife Alka opened Adhyayan’s drawer and she found ‘supari’ (betel nut), some coins and other weird things in it. She called me and asked ‘Kya hai yeh?’ (What is it?), I hope he is not doing something crazy (like black magic).” Alka Suman, Adhyayan’s mother, revealed, “Soon after that incident, I called family’s Panditji and they (priests) confirmed that Adhyayan was hypnotised. From his eyes it seemed either he was a drugged or was under the influence of someone.” Also Read - Dhaakad New Poster Out: Arjun Rampal is 'Dangerous, Deadly And Cool' As Rudraveer 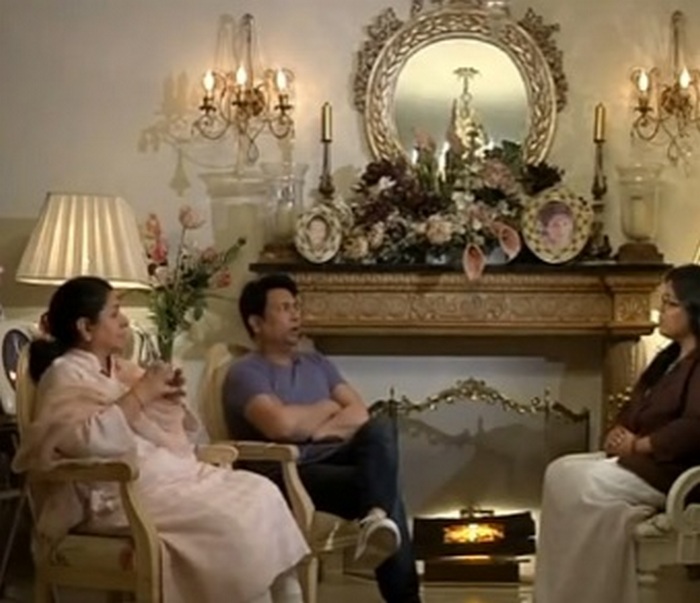 Adhyayan had earlier revealed the same thing, that a family Pandit told him that Kangana added her “impure blood” in the food she especially cooked for him! He even said the same Pandit appeared on Salman Khan’s TV show 10 Ka Dum and referred to Kangana as “Pishachini” (demoness). READ STORY HERE: Did Salman Khan’s TV show reveal Kangana Ranaut’s tendency to practice black magic? (Watch video)

Shekhar Suman further revealed, “One day when Adhyayan came home (and) we saw he had gone completely bald. We asked him what made him to do this and he replied ‘You won’t understand fashion’. We came to know it was Kangana who forced him to do so.”

Suman said Kangana insulted Adhyayan in public. He said, “Kangana took Adhyayan to the Filmfare Awards, but Adhyayan was standing 15 feet behind Kangana, as though he was her bodyguard. She was giving interviews and he was standing behind her. I felt so horrible for my son, I must have died a thousand deaths. She didn’t even look at him. Eventually, when she went on stage she thanked every one except Adhyayan.” Sad!

Alka revealed how Adhayayan had to face physical abuse at the hands of Kangana. “The way Kangana treated him, it was horrible. She used to abuse him, beat him. We have never seen this in our home!” She also said Shekhar and her were worried Adhyayan may commit suicide! (ALSO READ: 12 Things Adhyayan Suman’s revelations about Kangana Ranaut tell us about our beloved Bollywood industry)

Adhyayan’s mother also revealed that it was only after he came to know about Kangana’s secret messages to Hrithik Roshan during the shoot of the film Kites that he decided to leave her. “I think Adhyayan was in Mumbai and Kangana was out of India, shooting for Kites, and he stumbled upon some of her intimate messages sent to Hrithik. However, he believed it was normal but that was the time when Adhyayan had made up his mind to fight for his rights,” she said.

After the allegations of black magic and physical violence, Bollywood actress Kangana Ranaut now has to face accusations of hypnotism! God, is she really that WICKED?