Our secret birdie could not stop fluttering in the air with tremendous enthusiasm as it chirped this bit of juicy info to us. The feathery friend could not calm his frenzy nerves as he was narrati 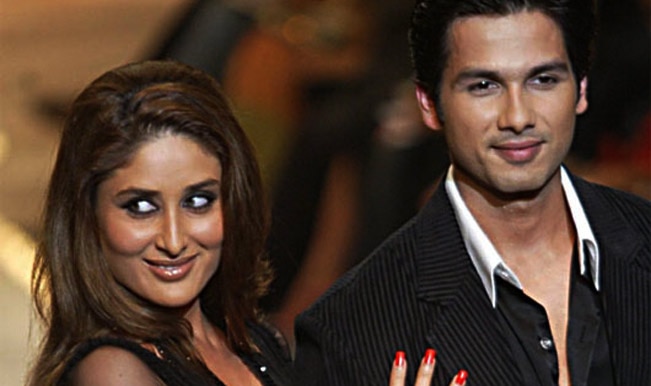 Our secret birdie could not stop fluttering in the air with tremendous enthusiasm as it chirped this bit of juicy info to us. The feathery friend could not calm his frenzy nerves as he was narrating the whole ‘exciting’ saga to us. According to the khabroo, Kareena Kapoor Khan is likely to be seen bang opposite…hold your collective breath… Shahid Kapoor in the forthcoming movie titled Udta Punjab! Yes, Mrs Khan has apparently said yes to the movie and she has also started working out her shooting dates to squeeze some time out to work with her ex-flame Shahid Kapoor. Also Read - Kareena Kapoor Steps Out in Mumbai Wearing Hot Pink Top And Trousers Worth Rs 5K: Yay or Nay?

Its a known fact that unlike some recent break-ups in B-town, Sasha and Kareena Kapoor did not exactly called their equation off on cordial terms. Interestingly, Shahid and Kareena’s relationship had hit the purple patch even when the duo were shooting for Imtiaz Ali’s delicious romantic comedy Jab We Met. And yet the two surprised us with their on-screen chemistry. It would be interesting to see if the two charming…err ex-couple will create the charm of JWM. Also Read - BTS Jimin's Birthday Special: K-Pop Singer Once Revealed That He Watched Aamir Khan-Kareena Kapoor's 3 Idiots

Dedh Ishqiya famed director Abhishek Chaubey is trying to bring together ex-flames in his movie starring Alia Bhatt. We are curious to know if Bebo will ever share screen-space with Sasha in the movie that promises to project Alia and the Kapoor dude as a romantic couple. Only time will tell!