OMG! Poonam Pandey to strip for MS Dhoni with her Mauka dare to bare 22 yard antics? 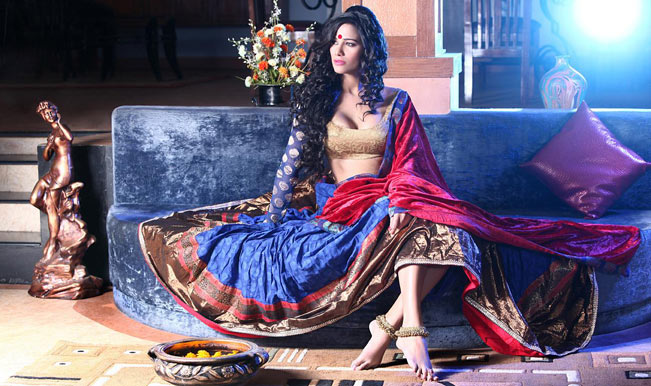 Also Read - Rishabh Pant on MS Dhoni: Not Good to Compare Legend With a Youngster

With ICC World Cup nearing its dramatic conclusion with some high-octane clashes on the cards, Poonam Pandey has galvanised herself into action. But we fear Poonam does not quite keep her tall promises. Or is she going to make it happen for the men in blue led by MS Dhoni. Remember how she was launched straight into the limelight when she expressed her desire to drop her clothes if team India wins the World Cup in 2011? The desperate-to-drop her-clothes babe  disappointed her legions of fans by withdrawing herself from that commitment even if men in blue lifted the trophy amidst media fanfare. Later the desperate for attention babe posted some of her heavily photoshopped nude pictures with Sachin Tendulkar’s images around her. Also Read - IPL 2021 Retention Highlights | Complete List of Released, Retained Players by Franchises Ahead of IPL 14 Auction: Malinga Retires, Maxwell Released; Samson to Lead Royals

And now Pandey is itching to bare it all….or that’s what it seems going by the lofty promises that babe is making. Yes, we hear that Poonam is planning a special treat for her hot favourite cricketer MS Dhoni in the days to come. Yes, sources tell us, close on the heels of Mauka commercial, Poonam is planning a 22 yard strip. India will take on Australia in the semifinal, Poonam has supposedly promised a special show for the big match. One also hears that there will be a BIG surprise in the store if India lifts the world-cup!