Looks like Salman Khan is all set to settle in life! The 49-year-old superstar, if what we hear is right, will tie the knot with his long time alleged girlfriend Iulia Vantur. A secret birdie has 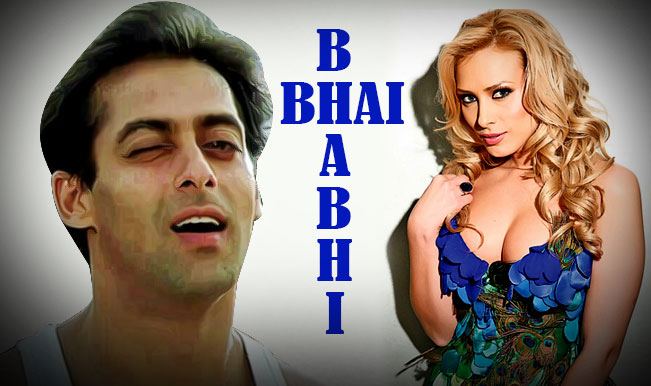 Looks like Salman Khan is all set to settle in life! The 49-year-old superstar, if what we hear is right, will tie the knot with his long time alleged girlfriend Iulia Vantur. A secret birdie has chirped to us that bhai wants to tie the knot before the first anniversary of sister Arpita’s marriage. If one actually gets down to the calculations then one can expect Sallu to flaunt his to be just-married status before the end of this year. Salman Khan has been linked to many Bollywood stars including Sangeeta Bijlani, Aishwarya Rai (now Bachchan) and Katrina Kaif. But bhai has not been particularly lucky in the matters of the hearts. (ALSO READ: Varun Dhawan replaces Salman Khan in Shuddhi: Hit-and-run verdict effect?) Also Read - Varun Dhawan-Natasha Dalal Wedding Guest List: Shah Rukh Khan, Salman Khan, Karan Johar To Be in Attendance

But now if everything goes fine, a secret kahbroo informs us that, Salman will be a happily married guy. For those of you who itching to know this famme fatal and dare we say to-be bhabi is, here is a fact file. We gather that 34-year-old Julia Vantur is from Romania (Europe). She is a poular television presenter who also happens to be an actress as well as a model. Reports reveal that Salman met the   Romanian beauty in Dublin, when he was shooting for Kabir Khan’s blockbuster movie Ek Tha Tiger (which co-incidentally also starred bhai’s alleged ex-girlfriend Katrina Kaif!). Also Read - Bigg Boss 14 SHOCKING Eviction: Eijaz Khan Eliminated And It's Confirmed!

If you think that this beauty is far removed from the glitz and glamour of Bollywood we must enlighten you with this tid bit: Iulia who hasfaetured in several appearances in dance shows abroad, was alst seen in a special dance sequence designed just for in Pulkit Samrat starrer Oye Teri!