I believe Being a brother is bigger than being a Hero. ‘Bhaijaan’ coming Eid 2015. How do u like the first look? pic.twitter.com/r1OZYLCVhX 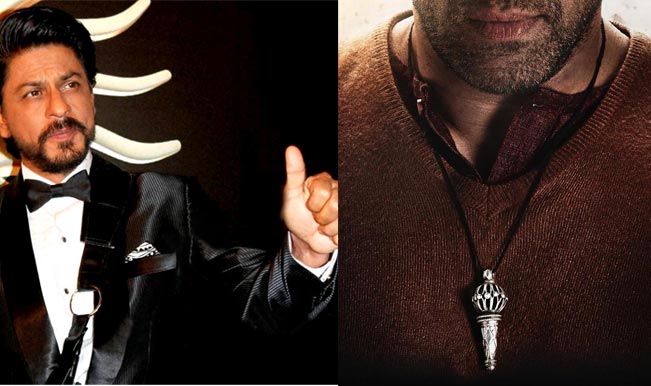 Now this should put an end to the so called rivalry between Shah Rukh Khan and Salman Khan. SRK and Salman Khan have been hugging each other ever since their epic meet at Iftaar party. The two have been indulging in hugging business repeatedly even after that –on the stage, at award ceremonies and even in countless parties. The duo even presented us that awww… moment when Salman and SRK were seen kissing Arpita Khan on the forehead at Arpita’s wedding last year. (ALSO READ:Salman Khan can travel to Dubai; must return passport within 12 hours of return) Also Read - Pathan: Salman Khan Joins Shah Rukh Khan For Shoot of Action-Thriller Film At YRF Studios

But even after those historical moments there were speculations that is everything really well between bhai nad baadshah of Bollywood. Speculations refuse to die their natural death even when SRK went to meet bhai during his trial over the hit-and-run cases to show his support and to stand for the Khan solidarity. (check this out!Salman Khan’s Bajrangi Bhaijaan trailer is all set to release on May 27!) Also Read - Suhana Khan Leaves Fans Mesmerised Over Her Stylish Hair Flip in Co-Ord Dress

But now naysayers should put an end to the so-called star rivalry, for once and for all. Yes, Shah Rukh Khan has tweeted–in fact unveiled–the first look of Salman Khan’s forthcoming (as indeed much-awaited) movie Bajrangi Bhaijaan. Here’s the sneak peek at the upcoming film which stars Kareena Kapoor Khan and is directed by Kabir Khan.

I believe Being a brother is bigger than being a Hero. ‘Bhaijaan’ coming Eid 2015. How do u like the first look? pic.twitter.com/r1OZYLCVhX

In the poster we see Salman’s stubble and the tabbiz (locket) is unmistakable as bhai is fond of accessories in real life too. But more than anything else we loved the coolest way in which SRK revealed this first look that stands for the duo’s ever-lasting friendship, hai na?