After her documentary 'Smile Pinki' won an Oscar, American director Megan Mylan now wants to take her second project 'After My Garden Grows', set in rural West Bengal, to short film festivals across the globe. 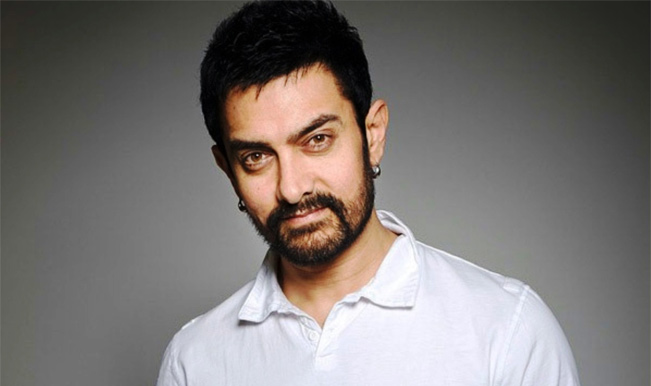 The film got an award in the just-concluded Kolkata International Film Festival in the short film category.
Mylan said she had arranged a special screening of the film for Aamir Khan and his wife Kiran in New Delhi a fortnight back, and recalled how the actor talked about the adolescent crisis Indian girls face and confided to their mother. Also Read - Kareena Kapoor Khan Wraps up Laal Singh Chaddha With Aamir Khan in Delhi, Shares Pic

“We were bowled over by the couple’s humility and dedication to the cause,” she said. The documentary touches deeply-ingrained traditions like dowry and archaic customs in rural Bengal and takes notice of how the present generation is coming out of the cocoon, Megan says, observing that such subjects are topical everywhere. “There is drinking water shortage and problems like this, but what strikes you immediately is that there is no sad face on account of this,” she noted.

Having witnessed the change in Bengal’s society in the past six years, Megan recalled, “During Smile Pinki the people treated me and the crew as aliens. There was no mobile phones and electricity in those times. It took time to earn their trust.”

“But here, this time, my protagonist in AMGG Monika is more tech-savvy. She can see latest Tollywood films on her mobile. It seems they have moved on with time,” Megan, who has shot the film in a remote hamlet in the state, explained.

Megan, in this context, complimented the Kanyasree project instituted by the West Bengal government, a project which accords the supreme place to the woman at the household.  “I was amazed to see how daughters are now considered as assets to their families They are learning, helping and aiding their families like their fathers. They are the present generation women of Bengal,” she said.

Mylan, who regrets not being able to watch the interesting KIFF package this year due to late arrival, is, however, charmed with the knowledge and experience of film goers who seem to be well-versed with all the trends and techniques of world cinema including short films.

“It is apparent from the type of questions you face during the post-screening discourse. The progressiveness also manifests in the exclusive women’s only section of the festival. A very novel concept. I heard about your Farah Khan and here I can see a whole lot of them. All so independently minded,” she said.

Mylan, who in a lighter vein, talked about the surge of humanity, the crowd and the “hanging lights from trees” so typical and magical of Kolkata, did not rule out shooting her next short film on this festival crowd.
“It will be a cross between fantasy and reality as seen in the eyes of your people,” she said.