From talking about working hard, never giving up and have faith in oneself, the celebrities utilised Oscars 2019 to inspire many

If there’s one thing that stays with viewers after the grand Oscar Awards every year is what the stars speak when they are on the stage with a glittering mic in front of them. Oscars is much more than a platform to receive honours for performing good in the movie business. It’s about sharing inspiring stories, talking about issues that matter and just utilising the stage in its all glory to tell people that if ‘we can, you can too!’. This year also saw stars bagging the golden trophies, collecting themselves and making the most sense of their presence on the big stage. Here’s who said what on stage at Oscars 2019. Also Read - Lady Gaga's Impersonator, Tierney Allen Fools Crowd at a Charity Event in Las Vegas- See Pics

Hannah Beachler – Best Production Design
“I give this strength to all of those who come next, to keep going, to never give up. And when you think it’s impossible, just remember to say this piece of advice I got from a very wise woman: I did my best, and my best is good enough.” Also Read - Lady Gaga Wins Fans Heart With Her Sanskrit Tweet, Twitterati Reply With 'Jai Shri Ram' 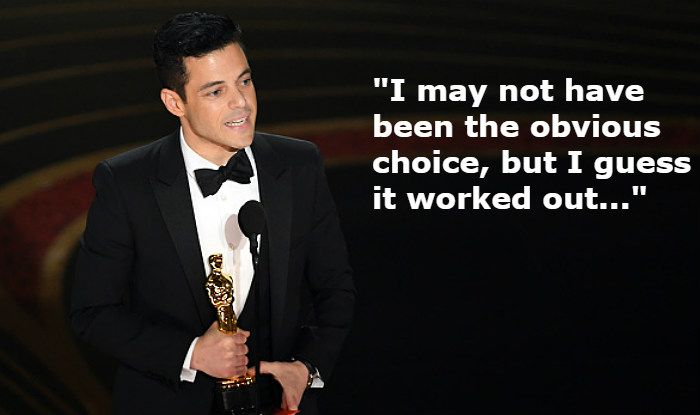 Rami Malek – Best Actor
“We made a film about a gay man, an immigrant, who lived his life unapologetically himself. And the fact that I’m celebrating him and this story with you is proof that we’re longing for stories like this.” Also Read - Lady Gaga Has an Epic Fall From Stage Along With Her Fan During Las Vegas Concert, Video Goes Viral

Domi Shi – Director, Bao, Best Animated Short Film
“To all the nerdy girls out there that hide behind their sketchbooks, don’t be afraid to tell your stories to the world! You’re gonna creep them out but you’re probably gonna connect with them too and that’s an amazing feeling to have.” 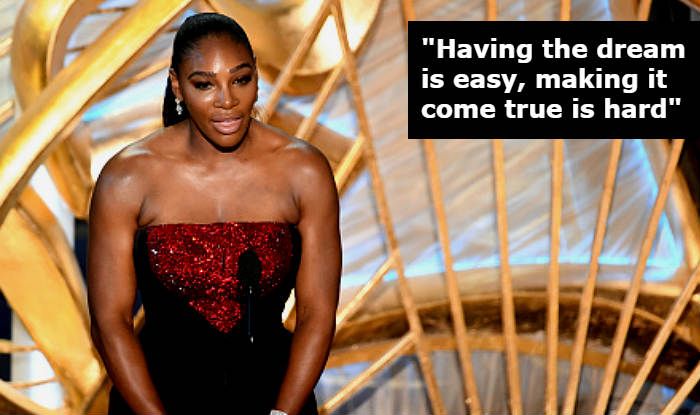 Serena Williams – Presenter
“When we’re young, we all have dreams of what we can accomplish in life. Having the dream is easy, making it come true is hard. There’s the rush of fame, the pressure of success, and the heartache that comes with sacrificing love for career… or career for love.”

Lady Gaga – Singer, Shallow, Best Original Song
“I’ve worked hard for a long time, and it’s not about winning but what it’s about is not giving up. If you have a dream, fight for it. There’s a discipline for passion. And it’s not about how many times you get rejected, or you fall down, or you’re beaten up. It’s about how many times you stand up, and are brave, and you keep on going. You have to be unique, and different, and shine in your own way.”

Rayka Zehtabchi – Director, Period. End of Sentence, Best Documentary Short Subject
“I’m not crying because I’m on my period or anything. A period should end a sentence, not a girl’s education!” 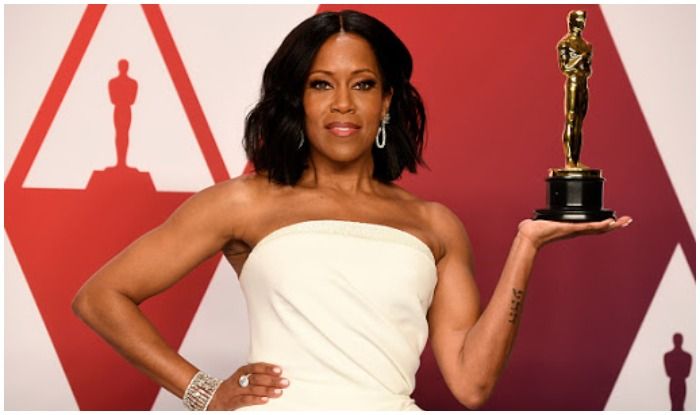 Regina King – Best Supporting Actress, Black Panther
“… It’s appropriate for me to be standing here because I’m an example of what it looks like when support and love are poured into someone.”

Olivia Colman – Best Actress, The Favourite
“Any little girl who is practising their speech on the telly, you never know. I used to work as a cleaner and I loved that job, I did spend quite a lot of my time imagining this.”