Here are the highlights from Oscars 2021 - Chloe Zhao creates Oscars history by being the first woman of colour and only the second woman to win the Best Director award for her film Nomadland. Mank wins big too.

Los Angeles: The Oscars Awards 2021 happened on Monday morning. As opposed to how the world is operating these days owing to the coronavirus scare, the Academy decided to conduct a non-virtual ceremony of the biggest movie awards night. The Oscars were held at two locations in Los Angeles this year – Union Station and Dolby Theatre.Also Read - Oscars 2021: The White Tiger's Ramin Bahrani Loses to The Father's Christopher Hampton And Florian Zeller

Leading the ceremony this year was Mank with 10 nominations, followed by six nominations each for The Father, Judas And The Black Messiah, Minari, Nomadland, Sound of Metal, and The Trial of the Chicago 7. While Mank won big, Nomadland’s victory went down in history as director Chloe Zhao became the first woman of colour to win the Best Director award at the Oscars. The film also won the Best Picture award. The Father, Judas And The Black Messiah, Sound of Metal, Soul and Minari also won in major categories at the 93rd Academy Awards. 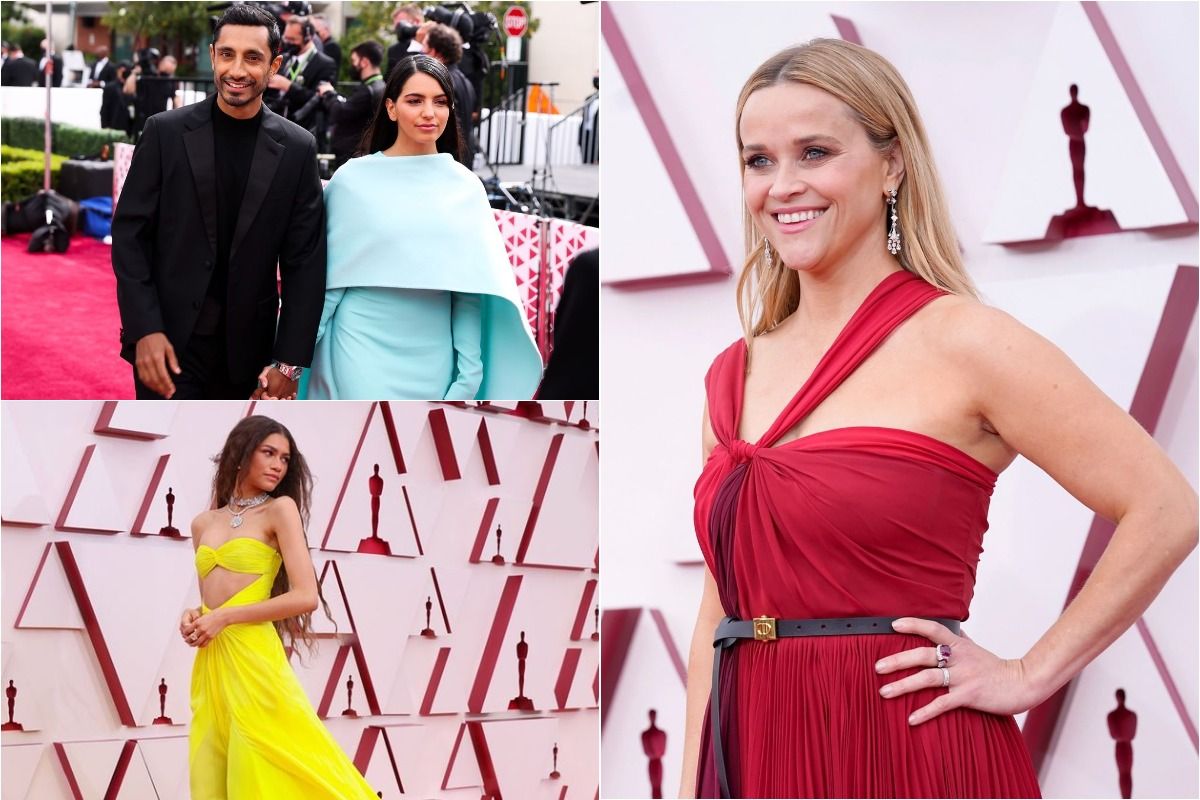 Check out the Highlights from Oscars 2021 here:

08:45 am: Actor Anthony Hopkins wins the Best Actor award for his performance in The Father. He also creates Oscar history by becoming the oldest Best Award awardee. The ceremony closes.

08:41 am: Actor Frances McDormand wins the Best Actress award for her performance in Nomadland

08:35 am: Nomadland wins the Best Picture award. The team of the film gathers on the stage to deliver a moving speech.

08:25 am: The Academy remembered the artistes and the talented professionals that we lost last year including Indian actor Irrfan Khan and costume designer Bhanu Athaya along with Sean Connery and Chadwick Boseman.

08:10 am: H.E.R, Dernst Emile II and Tiara Thomas win the award for Best Original Song Oscar for their song Fight For You from Judas And The Black Messiah

07: 55 am: Tyler Perry wins the Jean Hersholt Humanitarian Award for his generosity toward those often overlooked and his steadfast commitment to social justice

07:36 am: The Oscar award for Best Cinematography goes to Erik Messerschmidt for Mank

07:30 am: The Oscar for Best Production Design goes to Donald Graham Burt and Jan Pascale (set Decoration) for Mank

07:25 am: Brad Pitt announces the Best Supporting Actress award that goes to South Korean actor Yuh-Jung Youn for her performance in Minari.

07:20 am: Tenet wins the Best Visual Effects Award. The award goes to Andrew Jackson, David Lee, Andrew Lockley and Scott Fisher for their incredible work on the movie.

07:12 am: The Oscars for the Best Documentary Feature Film goes to The Octopus Teacher

07:05 am: Colette wins the award for Best Documentary Short Subject

06:56 am: Reese Witherspoon announces the Oscars for the Best Animated Feature Film and the winner is Soul. Pete Docter and Dana Murray collect the award.

06: 51 am: Reese Witherspoon announces the Oscars for the Best Animated Short Film and the winner is If Anything Happens I Love You – Will McCormack and Michael Govier

06: 48 am: Travon Free and Martin Desmond Roe urge America to not be ‘indifferent’ towards the killing against black in the US. He discusses George Floyd-killing and the cases of police brutality in the US.

06: 35am: The Oscars for Best Sound goes to Sound of Metal

06:20 am: Chloe Zhao, director of Nomadland, wins the Best Director Award. She creates history by becoming the first woman of colour and being only the second woman to lift the trophy.

06: 00 am: Daniel Kaluuya wins the Best Actor in a Best Supporting Role award for his performance in Judas And The Black Messiah

05:50 am: Best International Feature Film: Another Round, Denmark

05: 40 am: Best Adapted Screenplay: Christopher Hampton and Florian Zeller for The Father

Who was going to make the history:

Check out the Oscars 2021 nominations: