Padmavati Will Not Be Promoted? Release Date To Be Pushed Again? Ranveer Singh, Shahid Kapoor’s Pictures Make Us Wonder

What fate will Padmavati finally meet? We are curious!

What will happen to Padmavati? Will we be able to see the film on December 1 or not? We are sure Deepika Padukone, Shahid Kapoor and Ranveer Singh fans are curious to know what fate this Sanjay Leela Bhansali film will finally meet. Till now, various Hindu and Rajput organisations were up against the release of the film since they claimed the filmmaker has distorted historical facts. They were concerned that the film, if released, will bring dishonour to their land and their queen. Various protests to ban the film are being held in various parts of Gujarat, Rajasthan and Maharashtra.Also Read - Deepika Pdukone Is 'Burning Calories' With PV Sindhu, Ranveer Singh Is Having 'Major FOMO Attack'

Many members of the Rajput community also demanded that a special screening be held for them so that they can be sure that the film doesn’t have any inappropriate content. But what does one do when someone who has viewed the film confirms that yes, facts have been distorted? A CBFC member has refused to certify the film and is demanding a trail against Bhansali. Amid all these controversies, which are only getting uglier by the day, we are wondering if the film will even be released on the set date. Also Read - Deepika Padukone Crashes In Hubby Ranveer Singh's Chat With Fans, Asks 'When are you coming home?'

Interestingly, its lead stars are not in the city. Ranveer Singh (Alauddin Khilji) is in Los Angeles, having some alone time and Shahid Kapoor (Maharawal Ratan Singh) just flew away from Mumbai, with his wife Mira Rajput and daughter Misha in tow. In this scenario, we are left curious about the film’s promotional plan. Will it not be promoted? Or is this sudden vacation a result of a possible postponement of the film’s release? Also Read - The Incarnation-SITA Writer Says ‘Kangana Was Our Priority Not Kareena Kapoor Khan, Deepika Padukone’ 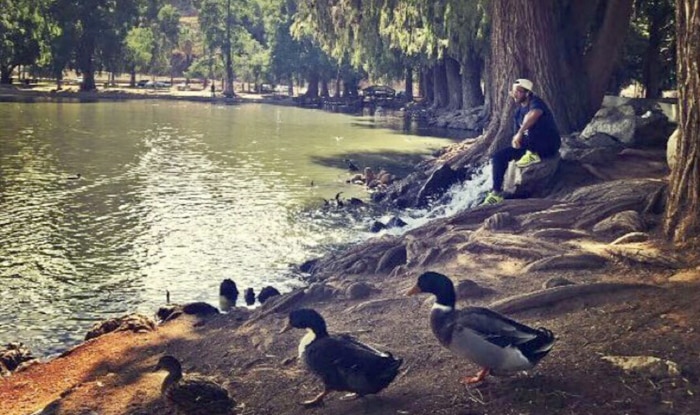 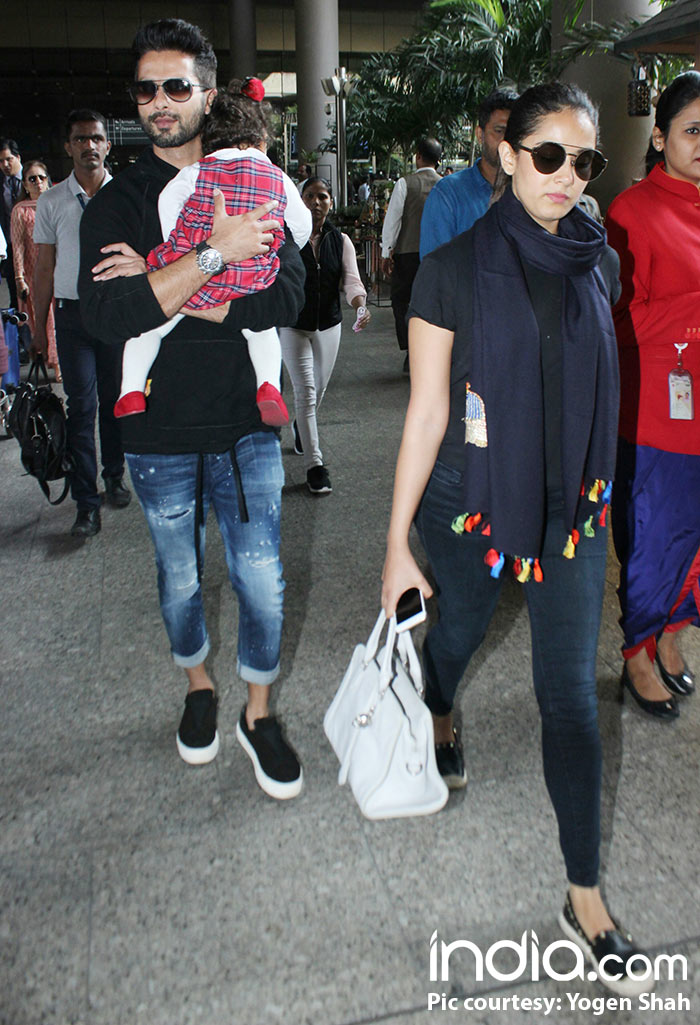 Meanwhile, the team has only taken to promoting the film online. We saw a new poster of Maharawal come out today, followed by a tweet by Shahid, revealing that the second song from Padmavati, Ek Dil Ek Jaan will be out tomorrow.

Too much confusion and controversy around this one film! Guess we will just have to wait and watch what new turn the story around Padmavati take the next week. With not even 3 weeks away from release, all this negativity and protests around the film isn’t good news. Let’s hope the filmmaker makes the necessary changes/cuts/gives assurances to those who have a doubt about the film’s content and it does get a smooth release.