After having its fair share of controversies, Lipstick Under My Burkha that stars Konkona Sen Sharma, Ratna Pathak Shah, Aahana Kumra and Plabita Borthakur finally released on last Friday (July 21). We know that it faced a lot of stress especially because of the CBFC and its chief Pahlaj Nihalani. Despite all of that, the film was cleared for release, but clearly, Nihalani, doesn’t quite understand the word ‘clearance’ completely as he ordered 27 bizarre cuts in the final edit.Also Read - Hum Do Hamare Do Review: A Breezy Family Entertainer With Its Heart in The Right Place

The list of cuts was released yesterday and they are as lame as the statements that Nihalani often makes (except the IIFA one, we still agree with him on that). Check out the list right here: Also Read - Mumbai Diaries 26/11 Poster Out: Edge-Of-The-Seat Medical Drama Against Backdrop Of Unforgettable Night 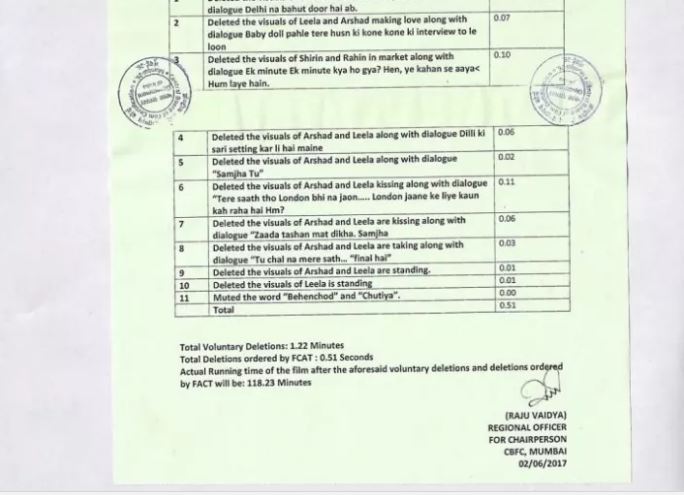 Also Read - Ratna Pathak Shah on Regressive TV: I Wonder Whether I am in Islamic Iran or Modern India 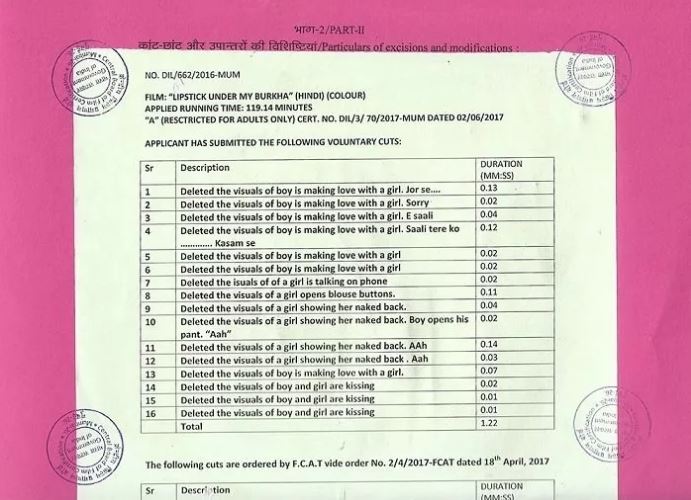 We remember how the director of LUMB, Alankrita Shrivastava in an interview with Femina said that there should be no censorship in India. “I feel that there shouldn’t be any kind of censorship in India. We are a free and democratic country. No one should have the power to tell a filmmaker that he or she should delete such and such words or remove lines. And definitely nobody should have the power to say that your film can’t be certified at all,” she was quoted. ALSO READ: Lipstick Under My Burkha Movie Review: The Film Will Nudge Your Dreams And Desires And Urge You To Find Your Shade Of Liberation

But clearly that day is never going to come considering her own film had go through these stupid and senseless cuts.

Have you watched Lipstick Under My Burkha yet? If yes, how did you like it? Tell us in the comments section below.