Parambrata Chatterjee turns into Dustin Hoffman for a Bengali film

'Gang of Ghosts' actor Parambrata Chatterjee now turns the first ever Dustin Hoffman in the new age Bengali cinema by etching out a loner in conversation with his imaginary self. 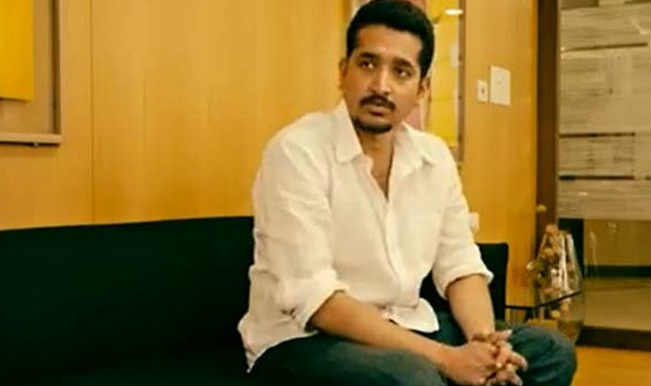 Kolkata, Aug 25: After his intense performance as now recluse and alcoholic Subir Banerjee aka child Apu in Kaushik Ganguly’s IFFI-winner, the ‘Gang of Ghosts‘ actor Parambrata Chatterjee now turns the first ever Dustin Hoffman in the new age Bengali cinema by etching out a loner in conversation with his imaginary self. Also Read - Legendary filmmaker Mrinal Sen cremated

“Haru, booed as Hercules by his ‘para’ bullies, lives in the slience of his own zone, he rarely talks and whenever he does it is with his imaginary parents ? the kitchen and the verandah. Sounds intriguing? Well it is. He addresses the kitchen of his dilapidated house as his mom and the verandah as his father, lets out his agony and slights, and only he can get to hear their replies,” director Abhijit Guha, having dished out ‘Teen Yaari katha’ and ‘Jodi Love Dile Naa Prane’ told PTI here. Also Read - 2018: Bengali cinema offered a varied bouquet of films despite competition

“What we do in the prospect of losing our parents! When the old mansion catches the eye of the local builder syndicate Haru is also mortally scared that if the building is razed whom he will confide to. He can’t accept the turn of events but will he metamorph in the Greek mythological Hercules or be the humble security guard of the shopping mall possibly coming up on the vacant plot,” Abhijit, having co-directed the flick with journalist-turned-film maker Sudeshna Roy said.

“You might term it delusion, you might call it split personality or simply people considered as having bestowed sensitivities to communicate with the other world, and animals which we, perceived normals, lack. But Parambrata has given a power-packed performance remoulding himself,” Abhijit said about the film, also starring Bagha Beach star Paoli Dam and Saswata Chatterjee of ‘Meghe Dhaka Tara” as the henchman of the highrise promoter.

Apur Panchali’s Subir aka Parambrata, contacted while interacting with the underprivileged, pavement dweller children of Khushee Foundation, said, “My character talks about the people living on the fringes of society, economically or in other way.”

“After the promotion and all I would spend more time with such kids for whom it is always a Herculean task to overcome oddities,” he said. Khushee, promoted by realty major India Greens, will introduce its 250 children from pavements and shanties, to the on-screen feat of Haru, their real icon, during end of this month, its spearhead Amitabha Samanta said.