This is Meadow's second Father's Day since Walker's death 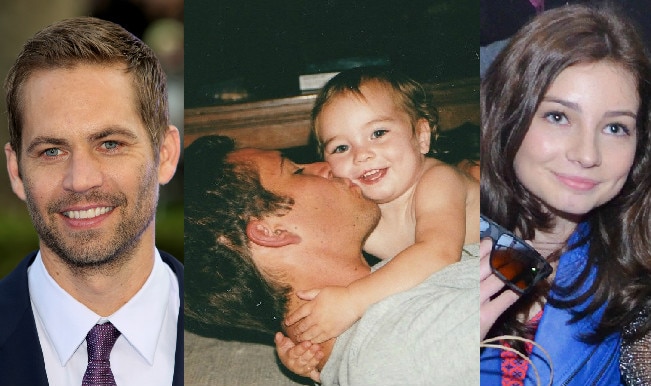 Los Angeles, Jun 22: “Fast and Furious” star Paul Walker’s teenage daughter Meadow shared a photo of him kissing her on the cheek when she was a baby, in a tribute to the actor on Father’s Day. Walker died two years ago in a car crash. He was 40. Meadow, 16, is his only child. Also Read - Man Holds Umbrella Over Daughter As She Attends Online Classes Amid Rain, Picture Wins Hearts

“Furious 7” released this April, with Walker’s brothers serving as stand-ins in certain scenes. Vin Diesel and girlfriend Paloma Jimenez welcomed their third child in March, whom they named Pauline, after Walker.