Actor Payal Ghosh who has been lately making headlines for raising her voice against filmmaker Anurag Kashyap and alleging that he raped her, has today joined Union minister Ramdas Athawale-led Republican Party of India (A) in Mumbai. She has been reportedly named as the vice president of its women’s wing. Payal Ghosh alleged that Kashyap raped her at a place on Yari Road in Versova in 2013.Also Read - Payal Ghosh, Who Accused Anurag Kashyap, Asks Mumbai Police 'Do I Have To Die To Get The Proceedings Going'

In the press conference, Payal Ghosh said she joined RPI(A) to do something for the country and thanked Ramdas Athawale for supporting her in her fight against Anurag Kashyap. In a video, she can be heard saying that ‘I request the Bollywood industry to boycott Kashyap, especially Amitabh Bachchan who is the senior person. If he will take this forward, definitely, the others will follow him and not work with Anurag Kashyap’. Also Read - Payal Ghosh, Who Accused Kashyap, Takes Jibe at Friend Irfan Pathan For Being Silent in Sexual Harassment Case

Have a look at the pictures from the press conference: 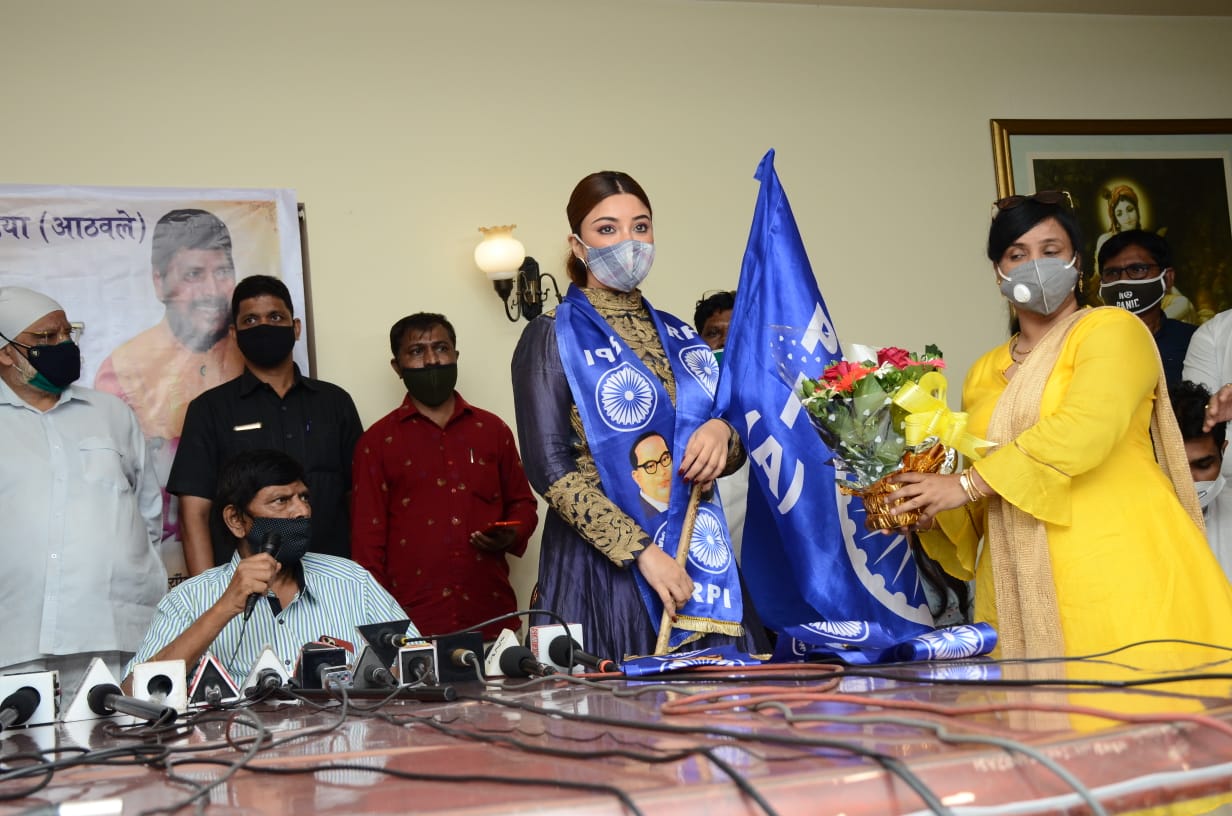 Athawale said the entry of Payal into the party would strengthen it. “I told her RPI(A) is Dr Babasaheb Ambedkar’s party. It helps all sections of society, be it Dalits, Adivasis, OBCs, villagers, slum dwellers. The RPI will get a good face if you join the party. After I discussed this with her, she was ready to join the party,” Athawale said, according to PTI.