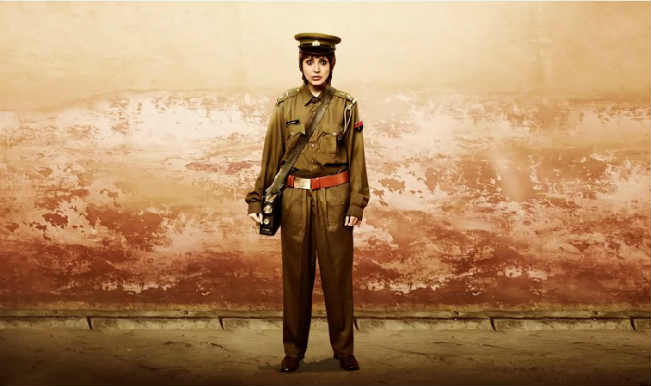 When it comes to creating a buzz around the movie, the PK team knows the best of it. Today, the fourth motion poster of the Aamir Khan starrer is finally out. The film makers had announced the launch of this poster earlier this week on Whats App and had even shared a mobile number for the same. Besides, Anushka Sharma the female protagonist of the movie had claimed to reveal her look in the movie with a transistor just like Aamir Khan. Also Read - Priyanka Chopra Roasts Jonas Brothers and Anushka Sharma Is Fully Impressed With It

Well, since the motion poster is out, we can say that Anushka has indeed posed with a transistor and in a similar Khakhi outfit that Aamir had donned in the previous poster. Anushka in her new pixie cut blurts out that, ‘Confujia gaye, main PK nai hu, mera naam hai Jagat Janani’. This time the PK team has also given an added bonus of few more clicks of Aamir and Anushka in cute and funny poses. The first three posters were as intriguing and had elevated the speculations about the movie and its plot. The film makers are all tight-lipped and are not willing to give out much info on the movie. Also Read - Aamir Khan Issues Apologies to KGF 2 Producers And Yash, Says 'Will Promote KGF Chapter 2

Here is what Aamir tweeted about his co-star from his upcoming film:

Watch the fourth motion poster of PK and tell us what do you feel about it.